Paris Fashion Week begins this week, and a number of brands, especially the big dogs like Balenciaga, Givenchy, and Dior, are back to business as usual with in-person shows and celebrity-studded front rows. A widely-circulated Vogue review noted the disappointingly familiar scrum of pre-show chaos and monumentally delayed start times, and privately, I’ve heard a lot of designers, editors, and journalists lament that the industry-wide shakeup so many folks seemed interested in last year seems not to have happened. Only a year ago we were dedicated to at least thinking about a radical transformation of the industry, but then life, as it always does, sort of got in the way.

One designer who did spend the past year and a half thinking an awful lot about change—and has been beating the drum for it since she launched her line, in 2017—is Marine Serre. “It’s quite busy here in Paris,” she said in a video interview last week. “Everyone is super excited, but I don’t know if I like that so much. It’s nice, but it’s also strange to go back to that type of energy.”

Since the onset of the pandemic, Serre has become regarded as something like a prophet. She is perhaps the designer who launched the current craze for making deadstock or vintage materials into new garments, and sales have blossomed. Beyond that, her interest in darkness and willingness to pursue dystopian themes uncannily track (or predict) the global mood. For the past year, beginning with a short film called “Amor Fati” and continuing with a print project and another short called “Core,” she has focused on the functional and tactile elements of her practice—rethinking how to make pieces in a more affordable way, standardizing some of her seasonal offerings, and producing clothes that serve a young and conscious consumer who bikes through the city and hikes outside of it.

Emotionally, Serre’s work can be quite heavy. That’s because the world is heavy, and fashion has been too eager to charge floppily into fantasy mode amid the chaos and tragedy. But what’s striking about the Spring 2022 collection she debuted on Monday evening with a third film, a bookend to this trilogy called “Ostal 24,” is its exuberance. There’s even a sense of optimism. The film depicts a day in the country house life of a sort of chosen family of Serre show regulars. The cast greets the day with outdoor yoga, wanders through house cooking and making jewelry out of old silverware, performs a baptism with flour, dances through the house in printed silks, and returns outside for another baptism, this time with cherry juice. Serre appears halfway through, snipping a tea towel into a dress.

“I’m basically in this film trying to emphasize how it’s important to act,” she said. “And not just to think or say things, but I’m emphasizing the action. The responsibility—or not the responsibility, but the importance of connecting with what we really are, or what we are thinking, without being influenced by what people want us to be or want us to do.” She said that over the last year, she noted the number of people “changing, evolving, becoming more radical” in their opinions on climate change and politics. “This has given me so much energy, and I was kind of happy with that! I was like, Whoa, things are changing, finally. Now I’m just saying please, don’t forget now that the movement is going back again—don’t forget what we have gone through this year.”

Serre first came to love clothing through collecting vintage, and you can see that adoration for 1950s couture shapes and suiting in her early collections, though that’s felt less present in her last two shows. This collection, with exquisite coats and big linen bowling shirts and men’s skirts, seemed to reanimate those ideas and yank them forward into something somehow both real and glamorous.

Serre is the rare designer whose collections begin from what is available to her rather than what she dreams up—she starts with the deadstock materials in her warehouse and enters a simultaneous state of reverie and problem-solving. Here, the source materials on hand included a popcorn fabric—the tiny novelty fabric that stretches over the body—as well as the torchon towels used by French chefs. Her recycled denim is back in dusty cherry tones.

If the torchon suiting and recycled silks have the cool factor Serre has cultivated, the most powerful section is a group of extraordinarily beautiful white pieces made from embroidered linen tablecloths and tea towels; there are also necklaces and bracelets made from spoons and forks. “It’s a lot about care,” she said of the collection and film. “Care about other people, care about yourself, cooking. I’m also emphasizing again, [as in] Core, how simple things have importance in life. I’m often making this link between the fashion industry and food industry.”

Indeed, the parallel between fashion and food is one she’s considered a lot—it wasn’t our first time discussing it, and I’d been turning it over in my head for days before I talked to the designer, incidentally. Over the past two decades, the food industry has undergone an existential awakening in which even the most passive consumer became aware of the benefits of organic produce, the hazards of processed foods, and the pleasures of cooking. It’s an appealing model for the fashion industry.

We’d like to think this was a shift in faith or consciousness—that consumers became more health conscious, more aware of the impact the food industry has on the environment. But it seems to me that this was as much an aesthetic revolution as an ethical one. Celebrity chefs like Anthony Bourdain used their charisma to make us more aware of a global palate of food, and cookbook authors like Samrin Nosrat and writers like Michael Pollan helped us understand pleasure in new ways as much as they elucidated the political and environmental issues of the food industry. (Food, much more successfully than fashion, has also started to reckon with “toxic workplaces” in the kitchen.) These were ways that were friendly to Instagram, to our bookshelves, to our eyes and most of all to our sense of taste. This was ultimately, you might say, a revelation propelled forward by beauty.

That’s what’s so special about Serre’s work, and what this collection embodied so well. First of all, while she remains heavily influenced by designers like Martin Margiela (who upcycled before that was an act of sustainable design) and Jean-Paul Gaultier, in her globalist view, she has invented her own supremely original concept of beauty. (This collection, which is true to her aesthetic but filled with mature clothes, makes little use of her signature moon print. That is the right choice commercially, since the viral moon pieces have become so popular that they’re now knocked off by the fast fashion brands Serre’s business exists in contrast to.) Her clothing feels as much heavy metal and kinda goth and very gnarly, as it does lovely, with these well dressed, elegantly tattooed humans in a breathtaking country house tucking into squid-ink pasta ortolan-bunting style, linen napkins draped over their heads. The printed pieces of this collection—which aren’t upcycled, but are instead ecologically certified viscose and jersey, per a certificate supplied by Serre’s team—combine familiar imagery from past Serre collections into pajama-like suits. The man who wears Serre—and menswear is now basically an equal part of her offering—looks otherworldly and genteel.

With this collection, Serre nailed a mix of fashion-head realness and trend-averse sophistication. It may be that to create change, one has to create beauty, for better or for worse.

To my mind, that’s for the best—our world has just been too, too ugly over the past decade or so. I don’t even mean spiritually; I mean everything is too big, too obvious, too often created or borne out of fear or negativity. When I asked whether she was feeling optimistic, she nodded a bit hesitantly. “I think maybe, yes, I have something more positive, or a little bit more hope than I did four years ago, when I started,” she said. “Somehow, this proposition of a new world is now followed by more people than just three years ago.” She doesn’t just mean the success of her brand—“I mean with the young generation changing the world.”

“I’ve always been what you are seeing today,” she said. “It’s just that it was not the right moment.” 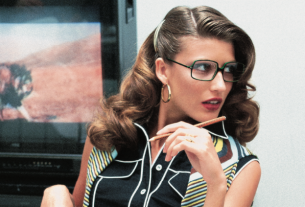 Working in fashion. How to get your dream job on LinkedIn 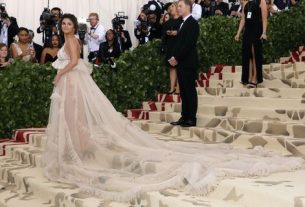 Why Selena Gomez Is Skipping the 2021 Met Gala 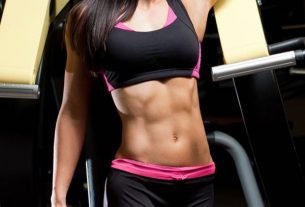 Want to Get Lean and Sculpted?