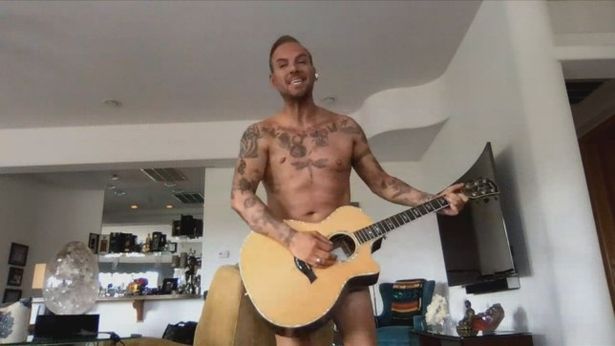 Matt Goss left his co-stars and viewers stunned when he was dared to strip completely naked to play the guitar on Celebrity Juice.

The Bros hunk was told that he would earn five points for being naked waist up and five extra points if he rocked his complete birthday suit.

The cheeky 51-year-old was dared to ditch his clothes by team captain Holly Willoughby who this week announced she was resigning from the show.

Holly said: “Get naked from the waist down, five points. There’s an optimum of 10 points up for grabs here.”

However, with Matt somewhat nervous about stripping – Holly continued: “As nature intended. A bit of lockdown nudity is absolutely fine.”

Appearing on the show via videolink while the UK remains in lockdown, Matt quickly disappeared out of view before returning completely naked with the guitar carefully placed over his manhood.

While co-panelist Emily Atack joked: “I haven’t seen a naked man in ages,” Spice Girl, Mel B who captains the rival team added: “Is he naked though?”

However, the Celeb Juice stars hadn’t realised Matt had gone the full way – moments later he moved the guitar out the way to reveal just a tiny white sock covering his manhood.

Following his big reveal, Laura Whitmore, Mel B, Holly and Emily looked on in shock as Matt posed in all his glory.

Emily, 30, looked stunned as her jaw dropped to the floor following the big reveal.

Viewers instantly took to Twitter shortly after the raunchy moment, with one devoted Bros fan tweeting: “Oh my GOSS!!! @mattgoss that was EPIC!! @EmAtack your reaction was stupendous. Well done @lemontwittor every Brosette’s wet dream.”

“The reactions were priceless! What an enjoyable show you guys put on tonight #makinglockdowneasier thank you,” penned a third.

Last night’s episode served as Holly’s last outing as Team Captain following her decision to step down after 12 years.

In a statement, she revealed that Celebrity Juice never felt like a job, more like a night out. 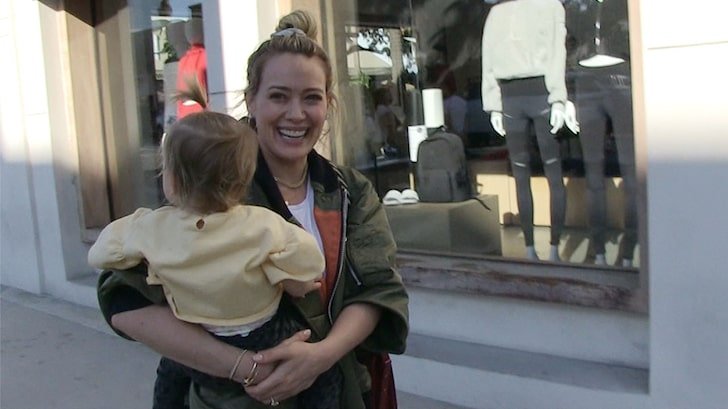 This Is Us Makes Us Love Miguel & More Thanksgiving Surprises