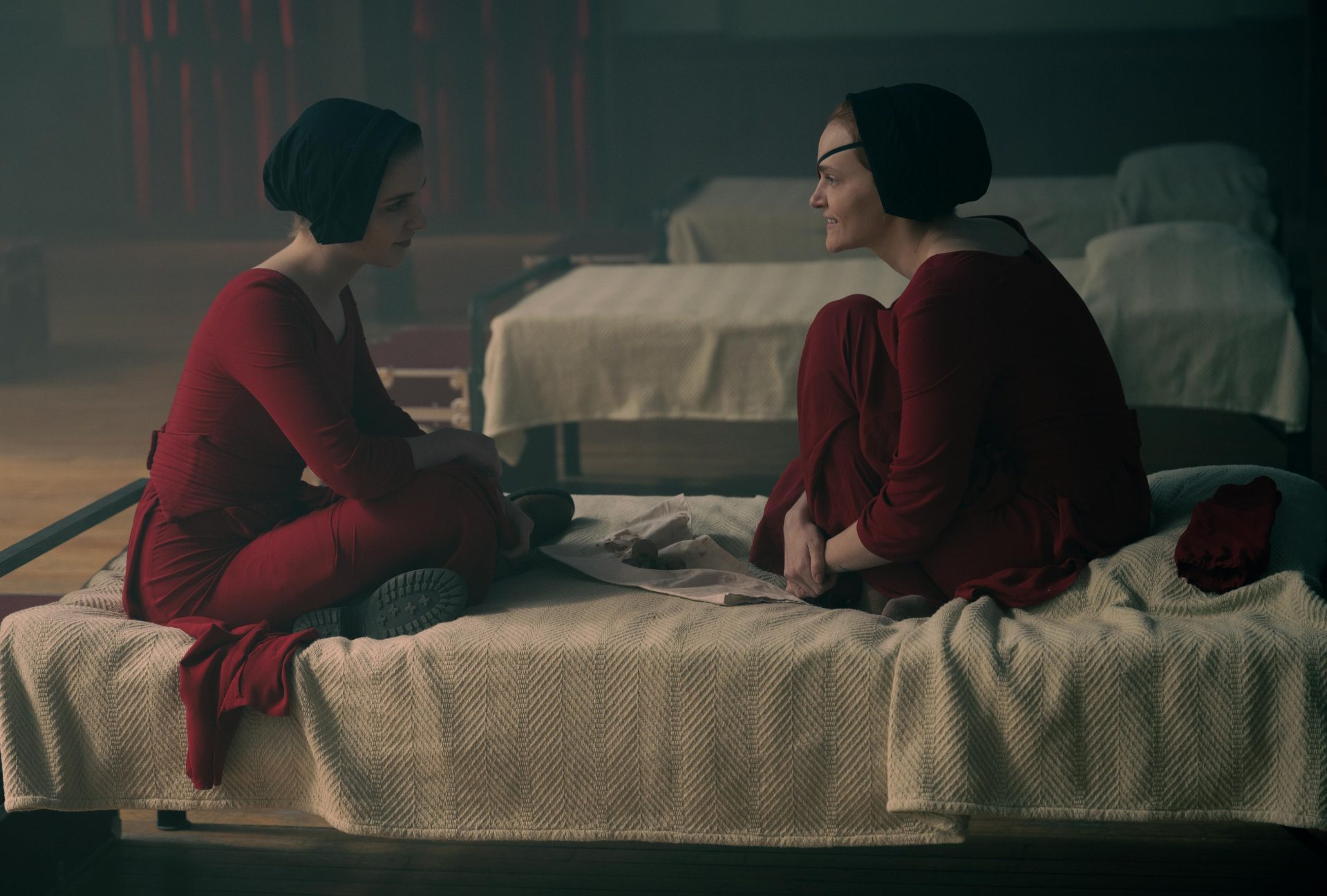 Spoilers for season 5 of The Handmaid’s Tale below.

When season 4 of The Handmaid’s Tale came to a violent end, every character’s fate hung in the balance. Would June (Elisabeth Moss) be held accountable for killing her former commander? How would Serena (Yvonne Strahovski) recover after losing the father of her unborn child? And what would happen to Esther, the teenage wife played by actual-teenager Mckenna Grace, who was found harboring former handmaids and, as punishment, is now forced to be one? Thankfully, audiences don’t have to get far into season 5 to start getting answers: Two episodes in, we learn Esther has been leaning on Janine (Madeline Brewer) as she navigates Aunt Lydia’s (Ann Dowd) strict tutelage and handmaid life. But ultimately, she feels so betrayed by Janine’s advice that she decides to rebel in the one way she knows how—by poisoning Janine and herself.

In the lead up to the season 5 premiere this week, ELLE.com chatted with Grace, who also recently starred in and co-wrote the Lifetime movie The Bad Seed Returns, about filming disturbing scenes (read: anything involving chocolate) and working alongside the “incredible and intimidating” Dowd.

Before we jump into season 5, we need to talk about the big Esther reveal at the end of season 4: She’s a handmaid! How did you feel about how that season ended for your character?

I mean, being a wife was already crazy, but putting on the red every day is a little bit weird. It was really, really wild. But now there’s just another angry handmaid in Gilead.

I was so struck by the scene in episode 2 where Commander Putnam feeds you chocolate. Not much happens, but I could barely watch. How did you achieve that feeling? What were you trying to portray in that moment?

I was genuinely very, very anxious. I was so stressed out, and hopefully I conveyed that real emotion on screen. It was an interesting scene to shoot for sure, but it was a real moment for my character. So as much as I was stressed out and anxious, I just really let myself feel that. After we were done, I went and sat outside, even though it was snowing. I was like, phew, I need to detox from that.

How have you learned to regroup and recenter yourself after working on a difficult scene like that?

I’m still figuring it out. I’ve been working on another project [Peacock’s upcoming series, A Friend of the Family] where I’m playing someone who is abducted by an adult man and is convinced that she has to have a child with him. That was a really heavy project, and there were a lot of strange, uncomfortable scenes that we had to shoot, and I feel like I’ve learned a lot from that. [On] Handmaid’s, that scene was my first introduction into anything like that. I think I took that discomfort, and I tried to really use it in the scene, because I was nervous. I couldn’t shake this little icky feeling like, ugh, this is so gross. It goes back to what I always say about working on Handmaid’s—I’m honored that they hired a real 14-year-old to play 14, because if we’re that uncomfortable shooting these scenes, we’re that uncomfortable with showing these scenes, maybe we should really be doing something about what is happening in real life.

But I’ve found a good groove of making sure I’m comfortable with whoever’s there, making sure I have people who have my back and that are looking out for me and that I can say if I’m uncomfortable. That is genuinely the most important part of shooting a scene like that. Just making sure there’s always some form of protection. And it always goes back to music. I listen to music to get into a scene. I listen to music to get out of the scene. I sit, I breathe, calm down. I try to enter a scene with a good mood, then as soon as I’m out of it, try to breathe it out and go around, talk to everybody, be happy, and shake it off. Like, “That was the scene. And now I’m me.”

This season, you’re also working more with Ann Dowd, who, of course, is iconic—

What was it like to work alongside her? What did you learn from her?

I hadn’t watched The Handmaid’s Tale before I was on the show, because I was young, and it wasn’t really something my parents would’ve offered up to me. But whenever I started last season, I binge-watched the whole show. I became such a big fan, and I was so excited to get to set and work with everybody, and that has still not gone away. I feel like there’s not one bad actor in the show, and so it’s such an incredible thing to be a part of and to be able to watch these people perform, especially Miss Ann Dowd. She is genuinely the sweetest person I’ve ever met. Watching the show before meeting her, I was like, oh my God. I hate this woman. I hate this character so much. Then I met her and I was like, oh my God, you are the nicest person in the entire world, and I hate your character so much. You’re just such an incredible actress. It’s incredible and intimidating to be in a scene with Aunt Lydia.

So what did you think when you first read that you were going to poison yourself and Janine? Did you see that coming?

So I got a message from—I’m pretty sure it was [showrunner] Bruce Miller—I got a message about the script. I can’t say what the message was about, because I can’t spoil or say too much, but he was like, “Yeah, something really crazy happens, so just beware whenever you’re reading the script.” Then I got a message from Miss Madeline and she was like, “Oh my God, you little turd.” I was like, “What’s going on?“ I got sent the script that day, and I was reading it, and I was flabbergasted, for sure. I could not believe it. I do what? Why am I yelling right now? Why is my character freaking out? Oh my God. Am I dead? Do I die two episodes in? Oh my God. Esther!

Moss directing Grace in season 5 episode 2 of The Handmaid’s Tale.

I had the same exact thought. What are the logistics of filming a scene like that?

I was really intrigued about the process. We’d shoot it, and we’d eat the truffles and be talking, and we had one truffle that I would take a bite out of, and then I would start coughing. What was in the middle of the truffle was a little chocolate ball, and it was filled with something that looked like blood. I’m so excited to see what it looks like. And they would bring over these little cups full of fake blood, and we downed the cup, put it in our mouth, and then fall over and start coughing, and then there’s blood everywhere. It was so sticky. I actually have so many pictures of myself covered in blood. I had to go to the bathroom and wipe myself off with baby wipes and splash my face, and my face was stained red. My voice was hoarse as heck the next day from coughing.

I also love that it’s like a callback to Esther’s superpower in season 4, which is that she knows how to make poisons.

I didn’t even think about that. Oh my gosh. That’s so true. Why am I such a little poison demon? 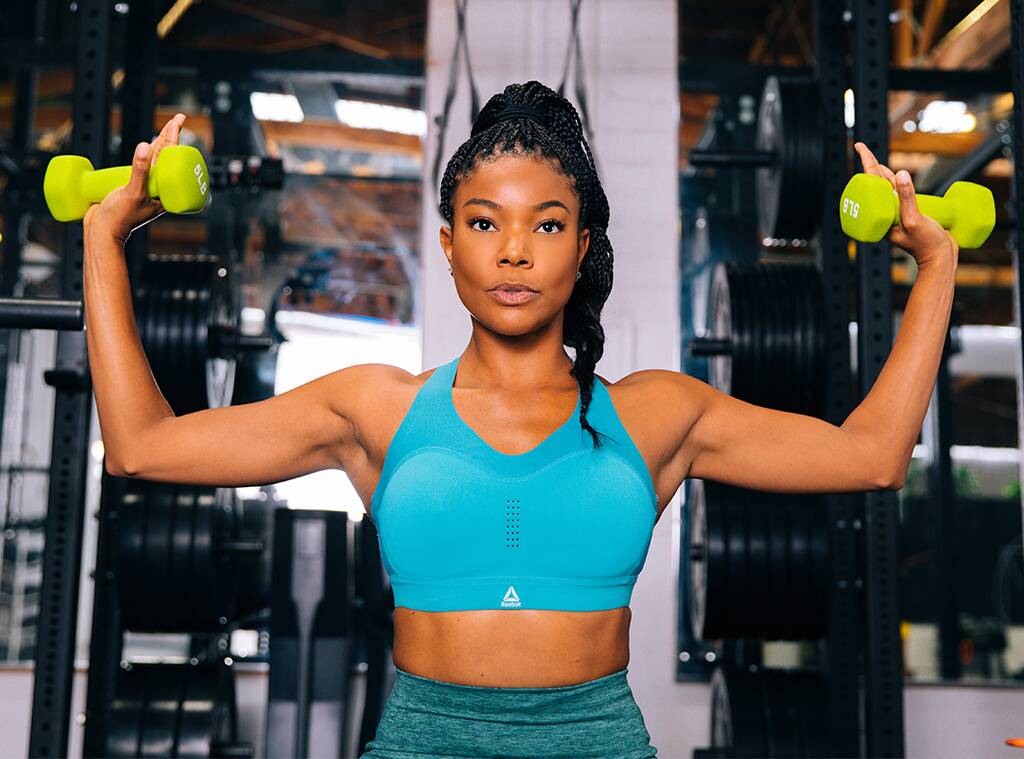 Boy Brands: How Male Musicians Are Rewriting the Rules of Merch