This originally appeared in Show Notes, GQ staffer Samuel Hine’s fashion week newsletter. For more stories like it, hit the link above and subscribe.

Almost every day, around 1:00, Maurice Kamara takes his lunch break from selling clothes at a luxury boutique in Soho and gets to work at his real job: taking videos of people’s outfits for TikTok. The 35-year-old Brooklyn native strolls the neighborhood’s cobblestone streets in a big loop, intently scanning passers-by for viral gold. Kamara, whose fashion page The People Gallery has over 500,000 followers between TikTok and Instagram, has an open mind for any and all styles. He’s captured a guy named Cris wearing a vintage Michael Jackson tee and a magnificent Chopova Lowena skirt, and Aziz Ansari in a Japanese chore coat and navy chinos. The quality that links both is Kamara’s singular, discerning eye. During fashion week, I tag along and get a look at his process in action. As we stroll down Wooster St, we pass an elegant woman dressed like a rich cowboy, with a suede jacket, flared jeans, and a Rolex on her wrist. Her, I ask? Kamara shakes his head. His curation is a combination of wattage—the Ansaris of the neighborhood—and pure intuition. “I just have to see that person and I know: that’s the fit,” Kamara says.

In 2022, there are only a few surefire ways to blow up your personal style profile. One of them is to be featured on TPG, where the best videos get millions of views and can drive tens of thousands of followers to your page. Which is why, as we walk, Kamara is fielding incoming texts from someone at Tory Burch who is asking if he can take videos at the brand’s show later that evening. (He can’t—he’s on call to close up at the boutique.) It’s why Coach hired him for a few sponsored videos this season, and why he was a guest at the Marni’s blowout Brooklyn show earlier in the week—his first fashion show ever. Madonna has expressed interest in doing a video, and “every record label in America,” as Kamara puts it, has reached out asking him to shoot their up and coming artists. So far, he’s kept the page largely organic. “Sometimes the celebrities get a pass,” he says. “But mainly I just try to find the dopest fits.” Now, for a certain type of very online Gen-Z fashion fan, Kamara is basically a modern version of the Sartorialist or Bill Cunningham—a guy who documents real fits and subcultural style, but who is nevertheless finely attuned to the ebb and flow of clout. He’s quick to mention that A$AP Rocky, Bella Hadid, and Frank Ocean are professed fans of the page, though they haven’t posed for videos—not yet, at least.

The real beauty of Kamara’s videos isn’t found in the fashion, necessarily, but in his pure, uncut enthusiasm behind the lens. Eventually, we reach the corner of Prince and Mercer, Kamara’s favorite hunting ground, where the one-two punch of scene-y spots Fanelli’s and the Mercer Hotel draw big game. “This is my area,” he says. Jared Leto ambles by in tight jeans and ON running shoes. Kamara gives him a quick up-down. “Yeah, that’s not it,” he says. All of a sudden, his patience pays off: a woman in a bright orange skirt and Sacai tuxedo shirt-blazer strolls by. Kamara runs after her, phone in hand. After quickly showing her the TPG page, Kamara launches into the disarming and internet-famous script he uses in most videos: “Hey how you doin’ today? What’s your name and where you from?” If she was initially nervous, Bea from Oregon cracks a smile and loosens up as Kamara continues his rapid fire delivery, drenched in a deep-Brooklyn accent. TPG is a good place to find style inspiration, but it’s a great place to watch joy-inducing human interactions, thanks to Kamara’s staccato ad-libs. Sacai shirt? “Dayum!” Off-White x Nike sneakers? “Stop playin’ with her! Yes!” Gucci bag? “Ok!” Vintage Dior headscarf? “Oh my god, you lookin’ amazing today.” There are plenty of fit checks on TikTok, but Kamara’s best videos are pure shots of virality. A video with Lil Uzi Vert ends with Uzi opening a Goyard pouch to reveal stacks of currency inside, to Kamara’s hoots of delight. It’s both incredibly fun and strangely heart-warming—a perfect TikTok, if there ever was one.

This content can also be viewed on the site it originates from.

Kamara has a one-take rule, so the interaction with Bea is over in less than 60 seconds. His verdict? “She was cool,” he says. “She had a nice, cool fit on. But her personality? It was amazing.” Lately, Kamara has become as interested in the people he flicks up, if not more so, than the clothes they’re wearing. He usually asks his subjects a few basic questions: What styling advice can you give us? What’s your favorite meal? Watch enough TPG videos and you’ll learn that most of the stylish denizens of New York think you should be yourself and love eating pasta. Kamara is trying to develop a more inspiring line of questioning. Outside the Coach show, he asked Karrueche Tran what she would tell someone who felt like giving up. Kamara’s followers have already told him they liked the question, so he’s going to incorporate it going forward. “I do this for the people,” he says.

Kamara goes back to the corner and orders an orange juice from Fanelli’s as his lunch hour nears its end. Recently, he’s found himself the subject of TikTok videos, where people walk around Soho looking for him. “A lot of people think I’m out here all day. They don’t know that I have a full-time job. So they make these videos and they can’t find me anywhere,” he says with a laugh. Kamara’s goal, besides doing a video with Larry David, is to focus on making TPG his primary job as soon as possible. As we stroll back to the store, he winces as he turns down the Tory Burch gig. He dreams of taking TPG around the world, being invited to all the fashion shows like the bloggers and street style photographers before him were, once the industry realized they could be a productive part of its delicate ecosystem. “I think I could do this forever,” he says. 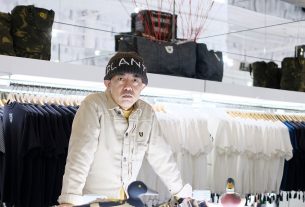 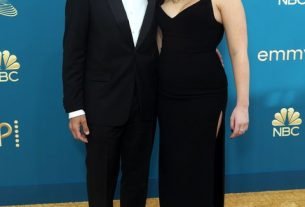 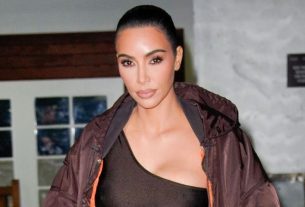