The Duchess of Sussex will appear as a guest on Thursday’s episode of The Ellen DeGeneres Show. A preview shows her looking back on her life as an actress before she married Prince Harry.

When asked by DeGeneres if it’s true that she used to go to the Warner Bros. lot in Burbank, California (where the host’s show is filmed), the duchess replied, “Oh, my gosh, completely. I would park at Gate 3, and then I would scoot on over. And what was so nice was that the security guards here would always say, ‘Break a leg! We hope you get it!’ So driving in today was very different.”

DeGeneres asked, ”You auditioned that often that they knew you to say, ‘Break a leg?’”

“I think they probably said it to everybody,” Meghan answered. “That’s how nice they were.”

The duchess also shared a story about her old car, a Ford Explorer Sport, saying that it “had a life of its own.”

“I had this very, very old Ford Explorer Sport, and at a certain point, the key stopped working on the driver’s side, so you couldn’t get yourself in through the door,” she said. “So after auditions, I would park in the back of the parking lot, and I would open the trunk and climb in, and then pull it shut behind me, and crawl over all my seats to get out. That’s how I would come to and fro. It was not ideal.”

DeGeneres, bemused, asked if anyone ever caught the duchess-to-be in the act of climbing into her car’s truck.

“No,” Meghan reassured her. “I would play it off. I would go like, ‘Oh, I’m just looking for my résumé and my highlighters for my script. Oh, maybe it’s back there!’ And then crawl. The things we do.”

Meghan’s friendship with the talk show host began years ago after the two met at a dog shelter, where DeGeneres reportedly encouraged her to adopt her dog Bogart. 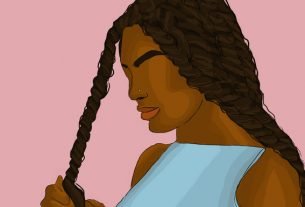 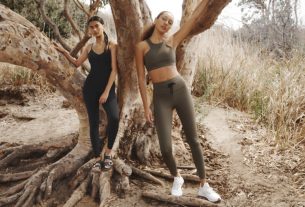 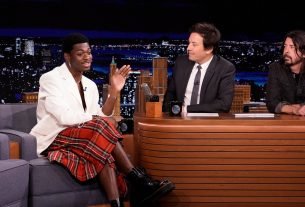 Wait, Is Lil Nas X Actually Going to Court Over His Satan Shoes?