Meghan Markle, 37, and Prince Harry, 34, announced they are expecting their first child in Spring 2019.

The Duke and Duchess of Sussex, shared the news on the Kensington Palace Twitter account this morning.

But body language experts and psychics had both already predicted she’d be hearing the pitter-patter of tiny feet soon.

And many fans predicted Meghan was expecting after she appeared at the royal wedding wearing a dark, baggy coat last Friday.

BACK IN BLACK: Meghan has been donning a lot of dark shades this autumn (Pic: GETTY)

In recent months, Meghan has been wearing a lot of dark colours.

Forest green, black and navy are among the shades she has been sporting.

These hues are known for being slimming, making them a great choice for those who are looking to cover a bump.

One onlooker recently tweeted: “She keeps wearing black to camouflage her pregnancy. Everything is making sense now.”

RUFFLING SOME FEATHERS: Dark shades and ruffles have been popular with Meghan recently (Pic: GETTY)

The Duchess also seems to be enjoying outfits that are a little less figure-hugging.

She has worn garments that skim over her hips, as well as dresses that have extra ruffling to cover the tummy area.

Rumours arose when the royal wore a loose-fitting frock on an engagement with Prince Harry.

In September, she sported a custom-made Jason Wu dress as she attended a gala music evening at Central Hall Westminster.

Photos of Meghan in the frock sparked debate online, with one fashion fan tweeting: “I have a feeling Meghan is pregnant”.

Another said: “What’s up with Meghan Markle’s optical illusion dress, she looks pregnant.”

MEG-A GIVEAWAY: Some had an inkling that Meghan is pregnant when she wore this (Pic: GETTY)

Gossip reached its peak on friday as the former Suits actress stepped out at the royal wedding.

While the windy weather meant that a lot of guests kept covered up, many were suspicious when the Duchess didn’t take her jacket off in St George’s Chapel.

Instead, she kept her outfit buttoned up as she smiled and chatted away to her husband.

It didn’t take long for the royal’s fashion choice to fuel the speculation.

WED YOU BELIEVE IT? Many were surprised that Meghan didn’t take her coat off today (Pic: GETTY)

Many conspiracy theorists took to Twitter to discuss the outfit choice.

One commenter wrote: “I stayed up just to see what Meghan Markle is wearing and if she looks pregnant.

“She wore a long blue jacket that she didn’t take off in the church.

“Could she be hiding something?”

Another wrote: “If Meghan Markle doesn’t announce she’s pregnant soon I will be shocked… I mean she wore a coat to a royal wedding.”

A third added: “Judging by the fact she’s wearing a heavy coat indoors; Meghan Markle is either pregnant or the type to get chilly easily.” 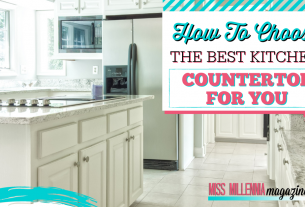 How To Choose The Best Kitchen Countertop For You 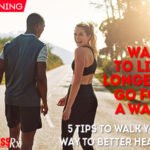 Want to Live Longer? Go For a Walk

10 Saucy Gifts for the Tequila Lover in Your Life