The Duchess of Sussex is known for her trendsetting sense of style.

Since wedding Prince Harry this year, she has pushed the boundaries of the traditional royal wardrobe.

But apparently, there’s one item of clothing that Meghan has been banned from wearing.

According to The Mail on Sunday, Harry rejected one of the outfits his wife purchased for their upcoming Australia tour.

The Prince is said to have thumbsed-down Meg’s plans to wear a masculine suit.

While the royal is regularly pictured wearing trousers, the Stella McCartney tuxedo is apparently unacceptable.

Instead, her aides have allegedly advised her to stick to “demure skirts and opaque tights”.

SHE WEARS THE TROUSERS: But ironically, the former Suits actress may be banned from suits

While wearing smart trousers may seem unusual for female members of the royal family, this isn’t actually the case.

SUITS YOU: Princess Diana looked stunning in this formal attire

Princess Diana was pictured wearing a suit and bow tie at numerous points of her life.

In 1988, the Princess of Wales wore a tux to a dog racing event at Wembley Stadium.

And in 1984, Diana sported a black and white suit to a Genesis rock concert.

Samir Hussein/WireImage
The royal duo share a laugh in Widness

Since she walked down the aisle in May, Meghan has had to be more mindful of royal protocol.

Earlier this week, reports claimed she was finding these regulations strict to get her head around.

One insider alleged that she “has found certain rules in the royal household difficult to understand – like the fact that the Queen prefers women in dresses or skirts rather than trouser suits”.

They added: “I think she finds it a little frustrating at times, but this is her new life, and she has to deal with it.”

Following these reports, the Palace denied the claims as a “fabrication”. 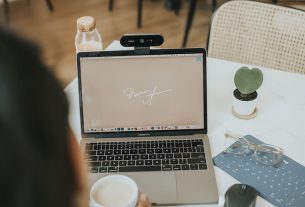