Melissa Joan Hart‘s new show is like nothing she’s ever worked on before.

Netflix released the first 10 episodes of No Good Nick on Monday, and it might not be the typical family hijink sitcom you expect. It’s a little bit more of a dramedy, with a mystery element thrown in. We’ll let Hart explain.

“No Good Nick is a really unique show. It’s something different than I’ve ever worked on or really ever seen. It’s basically Sean Astin and I are the parents of these two kids, and one day a little girl knocks on our door and says you’re the closest relatives I have left, you’re supposed to take care of me, and she becomes our foster daughter, but basically the whole time she’s scamming us,” she says. “It’s actually more of a family mystery, and it’s a serialized show, so…it’s meant for binge-watching.”

The show is certainly different from anything we’ve seen Hart in before, particularly if we’re talking about her two biggest roles: Sabrina the Teenage Witch and Clarissa Explains It All.

While there have been reports that a Clarissa Explains It All revival is in the works, Hart says that plan is on hold.

“There’s talks. There’s possibilities. There’s a few drawn up pieces of paper about it, but I’m busy on Netflix right now, so that contract had to take a backseat,” she says.

Sabrina has already been semi-rebooted as the much darker Chilling Adventures of Sabrina, and while there are no plans for any cameos, Hart loves that the show exists and the character is living on in different ways.

“Let that character live on. That’s awesome. And I love that it’s so different to. I’m really lucky that a lot of the reboots that happen are so closely related and it probably stings a little bit, but in this case, it’s like there have been a ton of James Bond and there’s been a ton of people playing Batman, and it’s just one of those characters that will go on. So it’s great, and it’s great to know that I was there to help start it.”

Hit play above for more from Melissa Joan Hart.

No Good Nick is currently streaming on Netflix. 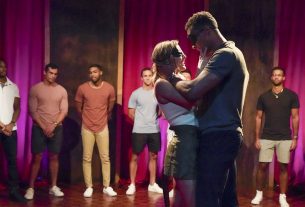 ‘The Bachelorette’ 2020 Episode 2: The Guys Strip Down for Clare (RECAP)

The Greatest Dancer: How does the BBC1 show work? What time is it on? Judges, presenters 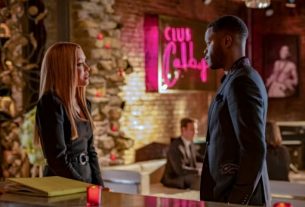