From the Hollywood to the Brazilian, there are many pubic hair trends for women.

Most will have a preferred method for dealing with their hair down there, whether it’s waxing, shaving or leaving it natural.

But have you wondered what your other half thinks of your pubic hair?

A new study, published in Cosmopolitan, revealed which style men love the most.

PUBIC HAIR TRENDS: This is what men really love

STYLE: What do you usually go for?

The survey found most men like a woman to be completely bald down there, with 46%  voting for the Barbie finish.

In second place was the “trimmed” look, which received 30% f the votes.

The study also found that most women are opting to go completely hairless.

Reddit
Your diet may affect how things smell down there – so maybe steer clear garlic before a night of passion.

A whopping 57% of women confessed that they remove all the hair down there, with 25% said they trim it.

The study revealed men weren’t afraid to ask their partners for a makeover, as 40% admitted to speaking up.

And 30% say their partner’s pubic style would make them reconsider dating them.

DOWNSTAIRS: Men love it when women are completely bald

However, a recent Vogue article claims hat letting it grow is “the new Brazilian”.

Holistic ob-gyn Dr. Eden Fromberg told the magazine: “Women are becoming increasingly aware that our bodies are a lot more than the visual or sexual playthings that past cultural norms implied.”

A-listers including Gwyneth Paltrow and Emma Watson have spoken openly about leaving their pubes natural. 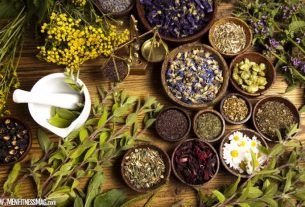 Natural Remedies Every Woman Needs in Her Repertoire