Deontay Wilder may have created a big-time movie role for himself — because Michael B. Jordan tells us he LIKES the boxer’s idea of playing Clubber Lang’s son in “Creed 3.”

Hey, Michael B. is already playing Apollo Creed’s son … and “Creed II” was all about Ivan Drago’s son … so why not let Clubber’s kid get in on the action???

Michael B. told us the ‘Creed 3’ storyline is still up in the air — so it seems like Wilder has a real shot. Plus, Michael pointed out how Sylvester Stallone and his crew have always loved using real boxers in the ‘Rocky’ movies.

But, don’t worry … our photog came up with a solution right on the street. 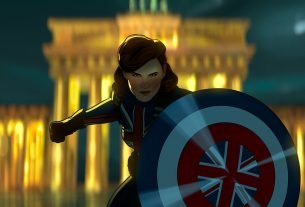 Everything New on Disney Plus in August 2021