While we may remember and acknowledge the success of public-serving initiatives from our former First Ladies, when it comes to their legacy, fashion plays a major role.

Many, including Michelle Obama and current FLOTUS Melania Trump, would say this is unfair as their presidential spouses do not have the same pressures or importance placed on their outfit choices.

“I sighed sometimes, watching Barack pull the same dark suit out of his closet and head off to work without even needing a comb,” Michelle wrote in an excerpt pulled from her new book and shared with Elle.

As a female public servant, getting dressed requires so much more, including a professional stylist, long fitting sessions, anticipation of critique, packing for every potential scenario and a lot of research. While we cheered and sat on the edge of our seats awaiting designer credits, the creator of “Let’s Move” was putting in work to satisfy the world’s style expectations.

Now that she’s left the White House, Mrs. Obama is sharing her personal experiences with fashion through the release of excerpts from her new book, Becoming, which hits shelves tomorrow, and exposing the unglamorous truth about what it means to be a fashion icon and a public servant.

“I never expected to be someone who hired others to maintain my image, and at first the idea was discomfiting,” she stated. “But I quickly found out a truth that no one talks about: Today, virtually every woman in public life—politicians, celebrities, you name it—has some version of Meredith, Johnny, and Carl”—her glam team—”It’s all but a requirement, a built-in fee for our societal double standard.”

“It seemed that my clothes mattered more to people than anything I had to say. In London, I’d stepped offstage after having been moved to tears while speaking to the girls at the Elizabeth Garrett Anderson School, only to learn that the first question directed to one of my staffers by a reporter had been ‘Who made her dress?'”

“I wore a sleeveless aubergine dress to Barack’s address to the joint session of Congress and a sleeveless black sheath dress for my official White House photo, and suddenly my arms were making headlines.”

“I paid for all my own clothes and accessories—with the exception of some items like the couture-level gowns I wore to formal events, which were lent to me by the designers and would later be donated to the National Archives, thus adhering to White House ethics guidelines.”

“When it came to my choices, I tried to be somewhat unpredictable, to prevent anyone from ascribing any sort of message to what I wore. It was a thin line to walk.”

“Optics governed more or less everything in the political world, and I factored this into every outfit. It required time, thought, and money—more money than I’d spent on clothing ever before. It also required careful research by Meredith, particularly for foreign trips. She’d spend hours making sure the designers, colors, and styles we chose paid respect to the people and countries we visited.”

“I came to depend heavily on Meredith but also equally on Johnny Wright, my fast-talking, hard-laughing hurricane of a hairdresser, and Carl Ray, my soft-spoken and meticulous makeup artist. Together, the three of them (dubbed by my larger team ‘the trifecta’) gave me the confidence I needed to step out in public each day, all of us knowing that a slipup would lead to a flurry of ridicule and nasty comments.” 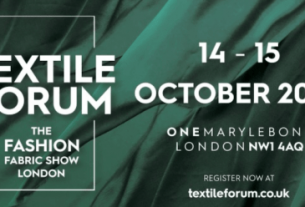