Mick Fleetwood‘s typically a man of few words when it comes to band drama, and he only needed one word when asked if a major rumor circulating is true — “No.”

The Fleetwood Mac co-founder and drummer repeatedly denied speculation that Stevie Nicks is responsible for Lindsey Buckingham‘s departure when we got him at LAX Friday night.

The alleged story is Nicks wanted Mike Campbell from Tom Petty and the Heartbreakers to replace Buckingham and issued an ultimatum — Lindsey goes or I go — and the band sided with Nicks. But again, Mick says that’s not true.

As we reported … Buckingham left the group in early April and was replaced by Campbell and Neil Finn from Crowded house, but he recently told a crowd in L.A. he was actually thrown out … and insinuated Stevie’s the one who broke the chain. 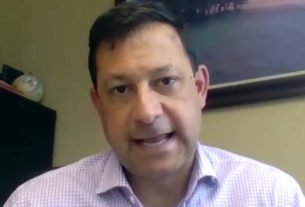