It looks like Miley Cyrus and Cody Simpson had those exact plans on Saturday night. The 22-year-old singer took to Instagram Stories to share a glimpse of his cozy night in with the “Slide Away” singer.

It appeared the two were watching one of Miley’s beloved movies, Blue Hawaii, which stars Elvis Presley. “more today than yesterday,” Simpson captioned his black-and-white video clip, which showed the 26-year-old star leaning on his shoulder and singing along to “Ku-U-I-Po.”

In 2017, the “Mother’s Daughter” singer shared her love for the classic film, and even said that Elvis inspired her Younger album. That same year, she paid homage to the legendary singer with her fashion choices.

Of course, the news of Cody and Miley’s romantic movie night comes only a day after the “Part the Seas” singer showed off some major PDA with the leading lady.

On Saturday morning, the 22-year-old star shared an Instagram Story of him planting a big ole kiss on Miley’s head.

What’s more? The two had their arms wrapped around each other, and they were celebrating his swim competition, which took place later that day. “Pre swim breakfast courtesy of baby,” he captioned the black-and-white image, where he also highlighted his hearty meal that consisted of a berry smoothie and two slices of toast.

On Thursday, Cody and Miley were spotted kissing, just two weeks after she and Kaitlynn Carter decided to go their separate ways after a whirlwind month of romance.

After receiving some heat for her new love interest, the “Slide Away” singer defended herself and called out the double standards women face when it comes to dating.

“Can a girl not get a f–king açaí bowl and a morning make out session in peace?!?!” she began her lengthy post on Instagram Stories on Friday. “This ‘dating’ thing is new to me too. I’ve never been an ‘adult’ / grown ass woman experiencing this…I was in a committed relationship for almost all my teens and early 20s; with the exception of a few breaks, which usually in those times I was working my ass off with not much R&R…and ‘meeting / trusting’ people in my position is really tuff. Don’t f–king pity me, not what I’m asking for.”

She added, “I have a great life I wouldn’t trade for ‘privacy’ but PLEASE don’t make this awkward for me! I am trying to make light and like always MAKE FUN of myself / and the public’s perception of me! Get used to me dating – this is where I am at! #HotGirlFall.”

Despite what some haters might think, it looks like Miley and Cody are certainly enjoying their time together! 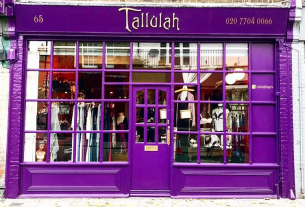