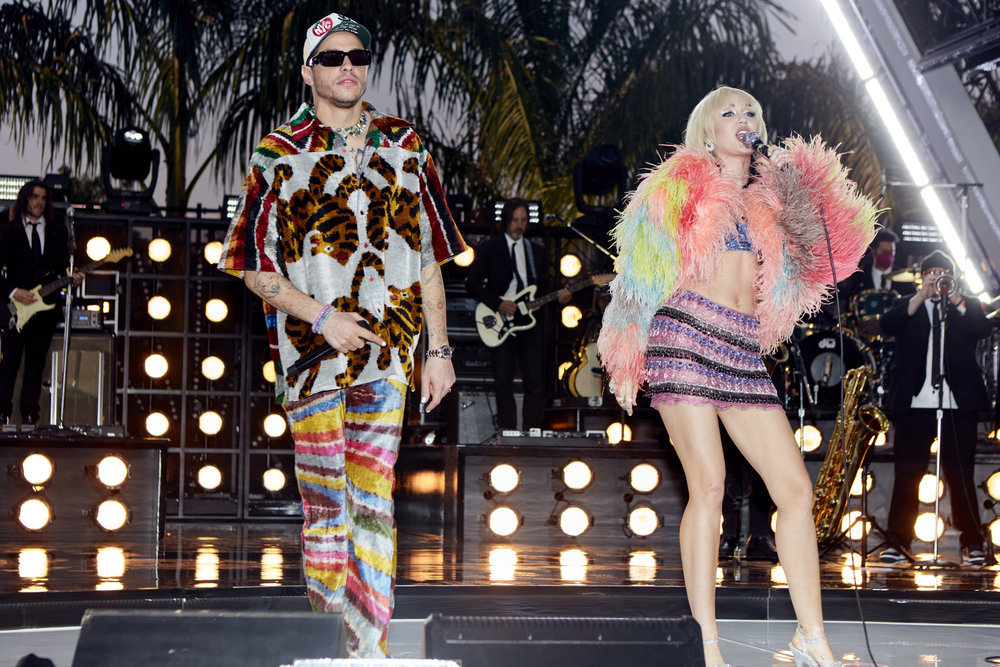 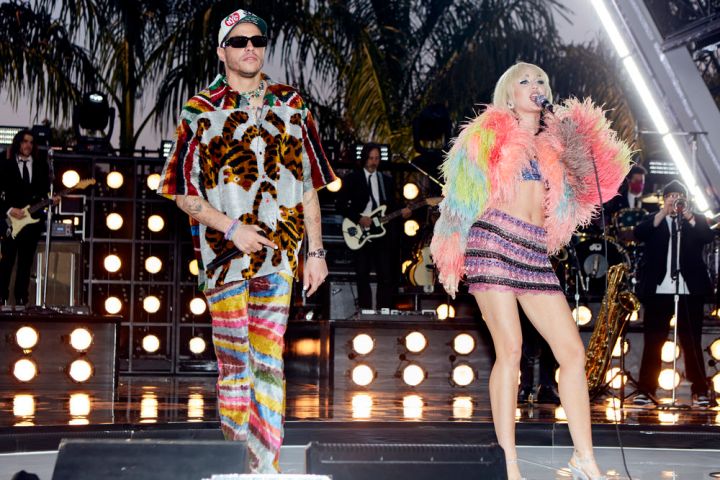 Miley Cyrus and Pete Davidson teamed up on Dec. 31 to host their first-ever New Year’s Eve special, broadcast on NBC live from Miami.

The pair kicked off the show with a duet of a song called “Miami” that featured Davidson’s rap skills. Detailing what viewers could expect to see, he rapped, “Tonight we might do something crazy, super racy,” including “a special performance by Kevin Spacey.”

Following the musical number, the “SNL” star introduced Cyrus telling the crowd that “Miley’s going to be performing some of her favourite songs tonight, and I’ll be here also.”

Davidson also joked about how he came to be Cyrus’ co-host. “Miley called me and asked, ‘What are you doing on New Year’s? I’m throwing a party, you want to help me host it?’” he told the audience. “And I just looked across the table at my mom and was like, ‘Yeah, I’m in.’ Sorry ma, you’re spending New Year’s Eve alone — bye!”

In another segment, Davidson shared his New Year’s resolutions, which includes plans to hit the gym and “donate so much money to charity, they’ll name hospitals after me. Pete Davidson General Hospital — I like the sound of that.”

Cyrus responded via music, singing, “I’d be scared to go there.”

Meanwhile, another sketch featured Cyrus and Davidson backstage, with the two admitting they’re really not as wild as their personas would lead people to believe — even confessing that their tattoos are fake.

For fans of Cyrus, arguably the evening’s biggest highlight was her debut of new song “You”, a slow-burning power ballad that built to a crescendo as fireworks blasted overhead in the Miami sky. 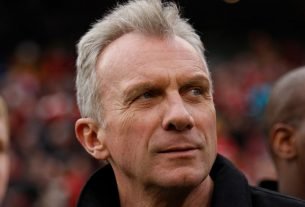 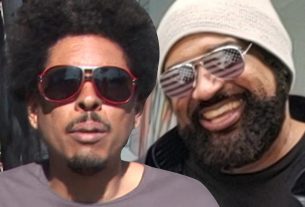 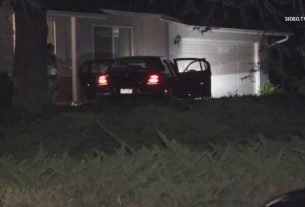