Kristin Kamenova has become a huge name in Bulgaria after borrowing cash for her new breasts.

The 24-year-old also borrowed money to go on holiday to the a resort in the United Arab Emirates, where she met a boy she had previously dated.

But after taking the loan for her plastic surgery, Kristin has been named Miss Silicone Star at a beauty pageant in the capital city of Sofia.

SEXY: The 24-year-old posed topless on a yacht

“That was my dream for years”

The model was widely criticised for going into the red for her new boobs, but said: “That was my dream for years.

“People think that this is shocking, because they are afraid of the truth.

“They take credit for pointless things like, for example a phone.”

BEAUTY: She has been named as Miss Silicone Star in Sofia

The stunner has attracted an army of nearly 20,000 followers on Instagram, where she regularly shares saucy snaps.

In one photo, she is pictured topless on a yacht by the sea, while another shows her posing provocatively while drinking a cocktail.

Her Instagram followers are regularly gushing over her snaps, with one saying: “Great sexy photo baby.”

While another added: “Nice boobs dear.”

Meanwhile, Kristin isn’t the only one to spend loads of money on new boobs.

At the age of 18, she had her first breast augmentation in a bid to look like Playboy bunnies Pamela Anderson and Anna Nicole Smith.

Since then the 31-year-old has had a further two enlargements, going from a 34DDD to 34N bra size.

How to get bigger boobs WITHOUT going under the knife: Top surgeon reveals all 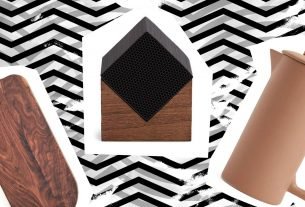