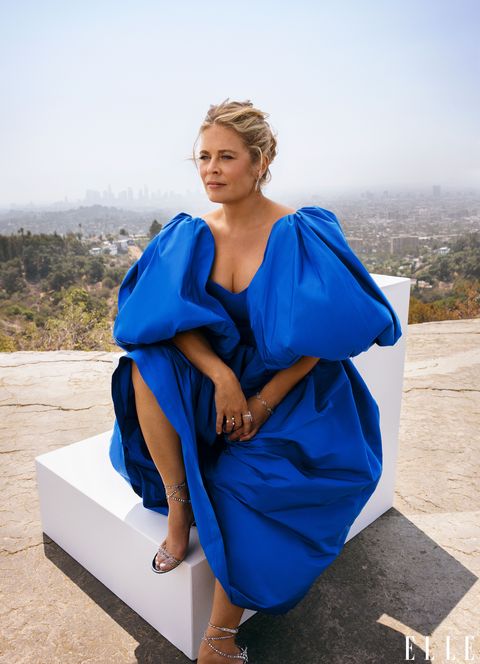 If hearing the words “Disney Princess” brings to mind images of damsels in distress waiting for their Prince Charming, you’re skipping over Cinderella’s determination to overcome the adversity she faced, despite her circumstances—or Moana’s daring quest to save her home and her people from an ecological disaster. As part of Disney’s Ultimate Princess Celebration, ELLE is honoring real-life heroes and heroines who embody the spirit of Disney’s beloved princesses, who continue to inspire people worldwide, regardless of age.

When Jennifer Lee was young, watching Cinderella helped her cope with the severe bullying she was experiencing. Years later, she was able to offer a new generation of children a similar sense of hope as the writer of Frozen, which she directed with Chris Buck. “Cinderella gave me something I could hold on to,” she says. “When we started hearing about what Frozen has meant to people and how it’s affected their lives, I related because of Cinderella. It means a lot to be a part of something that can be there for people if they need it and speak to true emotions.”

Lee, the chief creative officer of Walt Disney Animation Studios, joined Disney for what was initially a short gig on the writing team for Wreck-It Ralph. Since then, the Oscar winner has written and directed Frozen 2 and executive produced Raya and the Last Dragon and Encanto. “Animation is so collaborative. I can look at every shot and know the layers it took to get there and the number of people who were a part of every idea,” Lee says. After several years in the business, she’s still “just as much in awe of the process, and excited that I get to be a part of it.” —Adrienne Gaffney

“Being authentically myself is the value I most strive for,” says Naomi Osaka. “I’ve never wanted to feel pressured into conforming to what other people think I should be.” This sentiment rang true during 2020’s US Open, when the 23-year-old tennis champion wore masks printed with the names of victims of police brutality, and was reaffirmed more recently, when she withdrew from this year’s French Open and Wimbledon to prioritize her mental health.

Osaka stays true to her values off the court as well. This month, she launched Kinlò, a unisex skin care brand that “fills a gap in the need for skin and sun care for melanated skin,” she says. And in May, she expanded Play Academy, her initiative to increase girls’ participation in sports, which now has a presence in Japan, where she was born; Los Angeles, where she currently lives; and Haiti, where her father is from. While Osaka acknowledges she’ll always love Ariel—“my sister Mari and I watched The Little Mermaid millions of times growing up”—the princess she most relates to today is Mulan, “because she saved people rather than waiting to be saved.” —Melissa Giannini

As a child star, Josie Totah stole scenes. But now, as a 20-year-old woman, she’s defining her own path, and leading Hollywood toward a more inclusive future. After memorable turns in Glee and Other People, Totah has landed a starring role in Peacock’s Saved by the Bell. The actress, who opened up about her experience as a transgender girl in a 2018 essay, plays a trans character on the show, and is also a series producer. “Being a producer allowed me to tell the most authentic story possible for my character—I felt that without that title, I wouldn’t have been able to do that,” she says.

Born in August 2001 to parents of Palestinian and Lebanese descent, Totah recalls being inundated with negative stereotypes of Arab and Middle Eastern people while growing up. She didn’t see “thoughtful, accurate representations of Arab people just being who they are, which is normal people,” she says, until watching Disney’s Aladdin. “Getting to see myself [in Jasmine], who has a little bit darker hair, a little bit more melanin, was amazing and made me feel proud. She’s a Middle Eastern queen.” —Adrienne Gaffney

“People think I’m an actor turned producer/director, but I’ve always been a producer/director who fell into acting,” says Eva Longoria. Before too long, that ambiguity will be gone with the release of Flamin’ Hot, the Searchlight Pictures biopic of Frito-Lay executive Richard Montañez, and Longoria’s first feature-film director credit. After that, Longoria will produce, direct, and costar in the Kerry Washington–led comedy 24-7 and the action comedy film Spa Day.

Throughout her career, Longoria has been active in immigration advocacy and Latinx causes. This past winter, she helped deliver meals and water during the disastrous winter storm in Texas. “Careerwise, directing, producing, and acting, that’s what I do, but who I am is more important,” she says. “Affordable housing and health care, access to quality education—those things are a little more important than who’s watching my TV show.” But in terms of feeling seen onscreen, Longoria says the film Aladdin was a revelation. “I loved Jasmine,” she says of the spirited character, who also happened to be Disney’s first princess of color. “She had dark hair and dark skin. I was like, ‘She looks like me!’ ”
—AG

Misty Copeland is back in the studio. After more than a year of training remotely, the American Ballet Theatre principal—and perhaps the biggest name in American dance—is hard at work on Flower, a short dance film and “love letter” to Oakland, California, which addresses the city’s history of redlining and gentrification. “This time has been a beautiful transitional learning process for me,” says the Armani Crossroads ambassador of the pause in her grueling schedule.

Copeland, who became part of the Disney family when she starred in the 2018 film The Nutcracker and the Four Realms, says that Disney films were her first introduction to dance as a child. In conversation (and while performing), the creative powerhouse embodies the grace and warmth of Frozen’s Elsa, but growing up, Copeland felt a strong connection to Belle of Beauty and the Beast. “I loved the way she would move throughout the town, with such poise and grace, even though she wasn’t this wealthy, elite princess,” she says. “I also loved The Little Mermaid. Ariel and Belle were my two favorites—I was obsessed with them.—AG

Amanda Nguyen just passed a law. Her thirty-seventh, in fact. After being raped in college, Nguyen started the organization Rise, which put together the Sexual Assault Survivors’ Bill of Rights, designed to make the reporting process more streamlined. It’s been passed federally and in 30 states, as well as Washington, DC. “It’s absolutely possible to create change,” she says.

This year, in the face of an epidemic of racist violence, Rise pivoted to include work on advocacy for the AAPI community. Nguyen, who grew up loving Mulan, appreciates how Disney princesses and queens show that bravery doesn’t have to stick to only a masculine presentation, “that you can be brave while being vulnerable, that courage doesn’t mean lack of fear,” she says. “I think Disney princesses and queens are such feminists.”

Even with all she has achieved, Nguyen, who interned for NASA, still has one big goal: space. She’s long been vocal about her dream of becoming an astronaut and hints that it just might come true. “I’ll just say that I’m very excited for my future, and I still very much want to be an astronaut.”—AG

Styled by Sarah Zendejas; hair by Nicolas Eldin for Bumble and Bumble; makeup by Misuzu Miyake for Chanel Beauty; produced by Fiona Lennon.

When Padma Lakshmi’s daughter Krishna, was very young, the Top Chef and Taste the Nation host told her stories of food bringing families and cultures together. A version of those stories has evolved into Tomatoes for Neela, Lakshmi’s debut children’s book, out now via Viking Books for Young Readers. Krishna is 11 now, “but books for kids take a long time!” Lakshmi says with a laugh. “In our fast-paced lives, one of the things we’ve lost—which I hope we’ve regained a little bit [in quarantine]—is the art of just spending time together, and passing down skills and knowledge and all of those family stories.”

Another story involving family and food that Lakshmi and her daughter bond over is Disney’s The Princess and the Frog. “We love Tiana because she’s very steadfast and doesn’t expect an easy way out,” Lakshmi says. “A lot of success in life comes from talent, but more sustained success comes from diligence and working hard and understanding that there’s no one set, fixed goal you’ll arrive at where you’ve ‘made it.’ I think that is truly a fairy tale.” —MG

Styled by Sarah Zendejas; hair by Reyna Garcia; makeup by Raul Otero at The Wall Group; produced by Fiona Lennon.

This article appears in the October 2021 issue of ELLE. 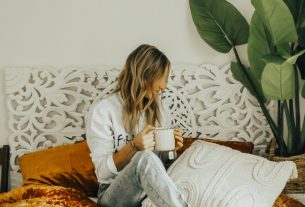 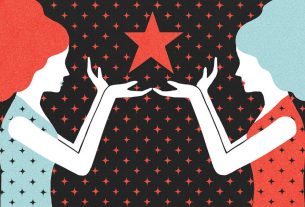