French star Thylane Blondeau stunned the catwalk when she appeared on her first runway for Jean Paul Gaultier at the age of four.

Since storming the fashion world at such a young age, the 17-year-old has certainly been living up to her status.

Now Thylane – who was once dubbed “the most beautiful girl in the world” – has won the title for a second time.

“I just can’t believe it myself”

Thylane took to Instagram to thank her 2.6 million fans for their support, writing: “I just can’t believe it myself… Thanks so much @tccandler and everyone who voted.

“I never thought I was once number one!! I’m thankful to all of you – really hope you’re having great holidays and spend nice Christmas with your family… All the best to all of you guys lots of love.”

Her post secured more than 80,000 likes, with her fans posting: “You are so beautiful” and “well deserved”.

One follower said: “Congrats Thylane! You really deserved it. You’re the most beautiful girl in the universe. And I’m really happy you won this award.”

Another gushed: “You deserve this you are the queen and our angel and I am very proud of you. I always believed you could do this.”

Thylane made history by becoming the youngest model to ever pose for French Vogue.

Since her debut, she has modelled for Jeal Paul Gaultier, Dolce & Gabbana and has been named as the face of perfume Lolita Lempicka.

The teenager also posed for French fashion magazine Jalouse, which dubbed her the “new Kate Moss”.

Sharing on Instagram, she wrote: “After working more than one year for you guys, HEAVEN MAY CLOTHING (my brand) is coming out really soon!!

“I can’t wait for you guys to see all the collection I made :)))) I love you and thank you for your support.”

Look Back at the Biggest Stars of the 1999 Met Gala 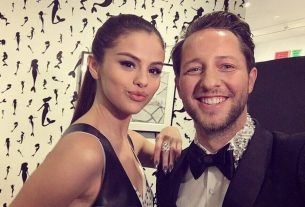