Former Glee star Darren Criss has become the first celebrity name to be announced as joining The Muppets for their Disney+ Halloween spectacular, Muppets Haunted Mansion which is coming in time for the spookiest night of the year. Having brought his vocal abilities to television in his role on Glee, and more recently providing voiceover performances to Rick and Morty, Criss seems like the perfect addition to a Muppet project, and will be appearing as the Haunted Mansion’s caretaker in the one-off special featuring all your favorite Muppet characters.

The special sees Gonzo being challenged to spend just one night in The Haunted Mansion, and of course with his usual false bravado he eventually agrees. Not going alone though, Gonzo will be joined by fellow regulars from the Muppets’ colorful cast, including Pepe The Prawn, Scooter, Fozzie Bear, Animal and of course, it isn’t the Muppets without Kermit and Miss Piggy. There have been a few stills released from the special, including one which sees Kermit and Piggy deciding to dress as each other for Halloween, with the expected bizarre and funny results.

Darren Criss shared the news of his appointment as caretaker in the show on his Twitter account, and added a new poster featuring him in the role. Getting into the spirit of the season, Criss added a caption that fits very well with the theme and was simply dripping in over-the-top sinister vibes. He wrote, “”Take care foolish mortals cuz I’m care-takin’ with @TheMuppets for their Halloween special, The Muppets Haunted Mansion coming soon to @disneyplus. Check this grim grinning bro out to socialize…”

It seems that many of his fans on the social media platform are more than happy to see him joining the new Muppets halloween special, with comments also including one from Miss Piggy on her own Twitter account.

“Moi is always thrilled to socialize with vous! Thanks for helping to class up #MuppetsHauntedMansion with your sensational song. But please note that moi is neither foolish nor mortal. My talent will live on forever” said the comment by the Muppet diva. A fan commented, “Darren! I almost screamed in the airport, you can’t do this to me! With Miss Piggy vouching for you I hope you keep getting work with Disney ’cause you deserve it & are super talented, plus your perfect Disney Prince material so they need to get on getting you in an animated film”, while another said, “This is fantastic! I shared this and the news that you sang with Miss Piggy on Sunday night. My 6 yr old is totally in awe of you ( well more so actually, since he is a Warbler fan too;)”

As well as featuring on Rick and Morty, Criss has also lent his voice to Superman in Justice Society: World War II, and seems to be building himself a decent portfolio of roles, but that doesn’t mean he has left behind musical theater either. The star appeared at the Elsie Fest outdoor musical theater festival in Brooklyn at the weekend, an event which he was one of the co-founders of. It seems like his upcoming Muppet role was given away a little at that event, which saw Criss share a duet with the aforementioned Miss Piggy. There is no exact premiere date for Muppets Haunted Mansion, but it is expected to arrive on Disney+ just before Halloween. 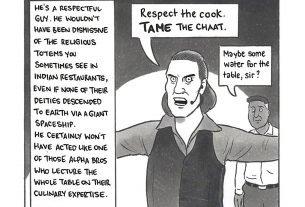 ‘Jungle Cruise’ Coming to Theaters And Disney+ on the Same Day 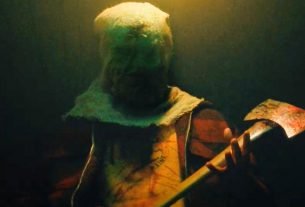