Models, actresses, fashion designers and even royalty rocked up to the British Fashion Awards 2018.

The pregnant Duchess of Sussex made a surprise appearance at the event, rubbing shoulders with Victoria Beckham and Rosamund Pike.

Meghan Markle was there to present an award to Clare Waight Keller of Givenchy, who designed the wedding gown the royal wore in May 2019.

Other stars to grace the red carpet were Victoria’s Secret Models Kendall Jenner and Sara Sampaio – who left little to the imagination in sheer outfits.

The Keeping Up With The Kardashians star put her lingerie on show and decided to leave her bra at home.

Kendall’s dress was a Julien Macdonald number straight from the SS19 collection and Kylie Jenner’s sister dazzled in the number.

Her co-Angel Sara Sampaio also ditched her bra, posing up a storm in a sheer one-shoulder top and smart high-waisted trousers.

She finished off the look with silver accessories and wore her brunette hair straight and down.

Also taking on the sheer trend was supermodel Doutzen Kroes, who whore a spaghetti strapped dress with sheer polka dot detail around her midriff and thighs.

The number was from David Koma and she let it do the talking by keeping her accessories minimal.

The British Fashion Awards celebrates individuals and businesses that have made a significant mark on the industry over the last year. 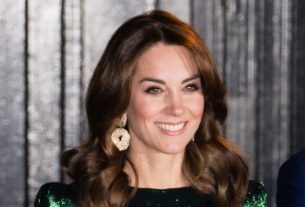 Holly Willoughby flaunts curves in skin-tight pencil skirt: Get her autumn look for £39 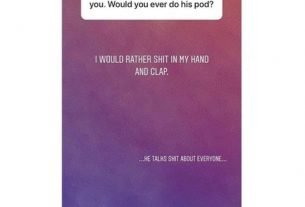