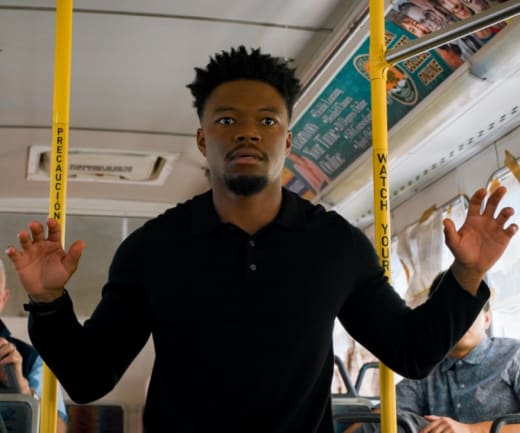 A sobering message about the treatment of veterans was at the heart of this episode.

The fact that this message was embedded in a hostage drama made it more effective on NCIS: Los Angeles Season 13 Episode 6.

It was easy to feel for Gary DeMayo, the gunman who took a handful of bus riders hostage.

Following the suicide of his daughter Kara, a disgraced Marine, DeMayo not surprisingly wanted answers since none of what she had been accused of rang true to him.

Sure, the lengths he went to were extreme, but Gary was a desperate man at that point. 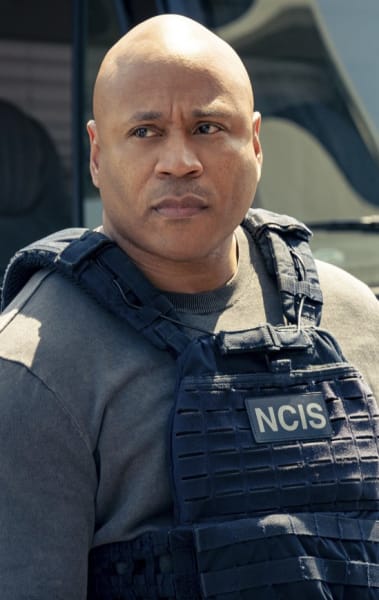 DeMayo’s fate was sealed when he climbed aboard the bus armed and immediately shot a policeman. There was no way he was walking away after that.

This was another of those tangential cases, with NCIS examining the actions of a now-dead Marine to find out what the truth was about Kara.

Since one of their cops was injured onboard the bus, LAPD flooded the scene with way too much force, which wasn’t the way to get through to a father with nothing to lose.

Sam was the perfect choice to run that scene. He is a military man who has seen how veterans can get neglected upon their return to civilian life, and he is a father who would do anything to protect his children. 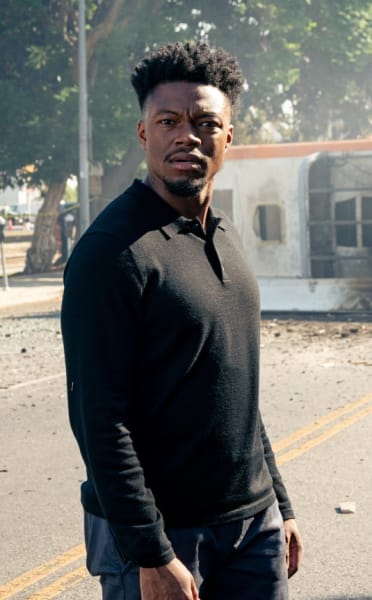 Only Gary didn’t want to hear from someone so entrenched in the military, even someone as fair-minded as Sam.

This is why Roundtree, Sam’s prodigy and the person Kilbride wanted to do the negotiating, was the one to go undercover on the bus to get DeMayo talking and hoping to calm him down.

Roundtree was believable as a reporter interested in hearing Gary’s side of the story. Learning more detail about Kara’s supposed war crimes helped them to unearth the true culprits.

While Sam and Devin were dealing with DeMayo, Callen and Deeks were getting what information they could from Rachel, the calm parent, who was shocked by the extreme measures that her estranged husband was taking. 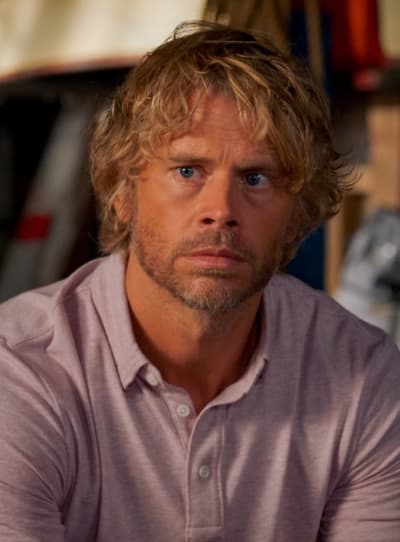 Her memories of Kara’s therapy helped them locate the real thieves of the weapons cache, a quartet of government contractors who pinned the blame on Kara.

It made no sense that Kerr’s boss would grab a rifle and start shooting at DeMayo, amid all those cops. Gary would have been written off as a grieving father pushed too far if an outsider hadn’t begun firing into the crime scene.

The whole case was sad all around. If Kara’s claims of innocence had been treated more seriously, she might have been cleared and still be alive.

But instead, she was the easy person to blame, and her Marine career was derailed as a result. When she returned home, no one official was willing to get her the medical help she needed. 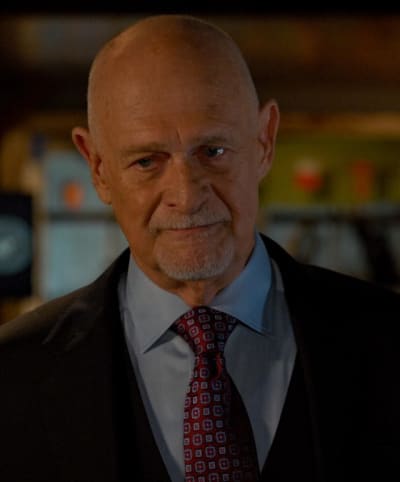 As Sam pointed out, way too many veterans can’t adjust to civilian life and kill themselves, especially women. This episode cast a necessary spotlight on that horrible trend.

At least Kilbride could get Kara’s name cleared, even though she was no longer alive to appreciate that and her family was destroyed. Maybe Gary and Rachel can take some solace from that.

That was a thought-provoking scene at the end, with Sam, Callen, and Kilbride having cold beers while mourning the loss of Kara.

Callen was a background presence, starting with the latest developments (or lack thereof) in the Katya case. That’s sure to come back to the foreground, likely after the holidays. 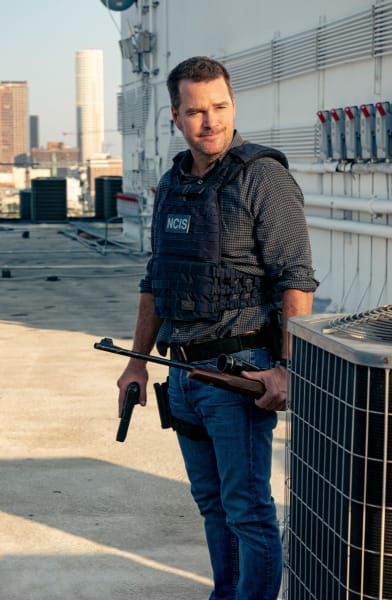 Also, he and Deeks pretty much solved the weapons theft while Sam and Roundtree were dealing with DeMayo. The rehabbing Fatima was stuck mainly in Ops, although her partner got a more prominent role than usual.

Then, once again, the series returned to Kensi and Deeks dipping their toes in the family pool.

What was the big deal with attending an informational session about adoption? Why were they staking it out rather than just going inside to listen?

My God, are they overthinking this! They’ve explored all the medical options which aren’t working out for them. So adoption would be the logical next step. 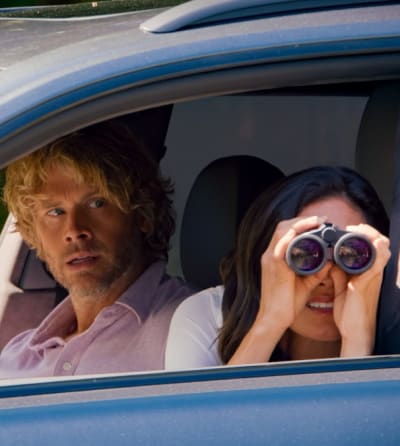 Deeks was right to leave Kensi there to attend the session since she’s the one who needs to be convinced. And couldn’t someone trained in subterfuge find a subtler way to check her texts?

Why did she feel the need to lie to the nice woman making the presentation? It’s not like being in law enforcement would automatically disqualify them from being considered as parents. Sam and Michelle managed to raise two children despite working in hazardous professions.

Callen of all people even reinforced another avenue for them: being foster parents. He’s been there and knows what he’s talking about.

As Deeks mentioned, every new parent out there needs to make some adjustments in their lives. But it’s not some central unsolvable puzzle. Bobbi or Kensi’s rarely scene mother could watch the kid. The worst-case scenario is that Deeks leaves the job and becomes a stay-at-home dad. He could undoubtedly practice law while doing that. 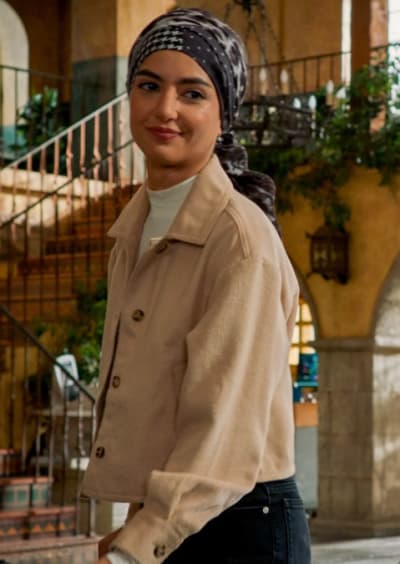 What did you think about Kara’s situation?

What other option did DeMayo have?

Are you sick of the storyline of Kensi and Deeks becoming parents? 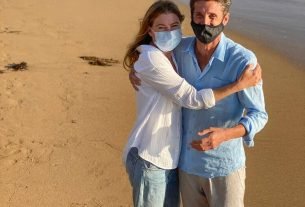 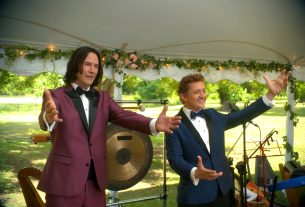