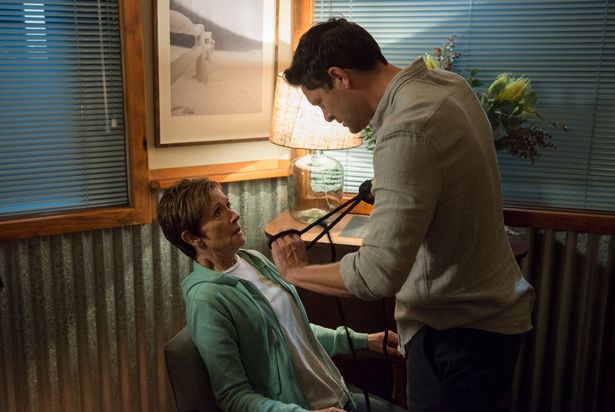 Neighbours‘ Susan Kennedy (Jackie Woodburne) is in serious danger as she is targeted by violent criminal Rob Mills, (Finn Kelly) who has got a deadly plan for her.

Neighbours spoilers have revealed that three characters are going to die over the 35th anniversary celebrations, and Susan could be one of them as the stars get trapped on an island.

Finn is set to return to town and tell Susan that Bea (Bonnie Anderson) has gone to a cabin in the Snowy Mountains to try and get over their break up, and that Bea has asked to see her.

He offers to drive her there, and Susan agrees to go – but soon realises that something is seriously wrong as she finds baby Aster in the car.

She plays along with the charade, but things quickly escalate and she finds herself in a deadly hostage situation in the cabin.

Realising that Finn is plotting something, Susan waits for the right moment and tries to make a run for it, but is quickly caught.

What she doesn’t realise is that she is outside digging her grave – is he going to kill the beloved character off?

When asked who is in the most danger at the hands of Finn Kelly, Rob told Daily Star Online: “The people most in danger are the Kennedys, because of what they have done to Finn, he thinks that they wronged him.

“I think anyone who is close to the Kennedys, watch out. “

He added: “I told Jackie when I first arrived, time is up, it is time to move on – you’ve been here long enough.

“Start counting down your days.”

But fans are sure that Susan will fight back against the villain, and as she has been on the soap for so long, they would be devastated if he managed to kill her.

Fans know that a third character is set to die, and it looks like Susan could be set to fight against the villain in a life or death showdown.

Could Finn have dug his own grave in a major plot twist?

Or will Susan be the final victim in a cruel final storyline? 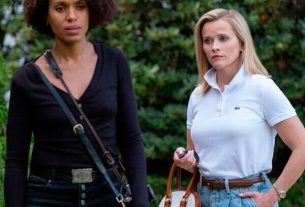 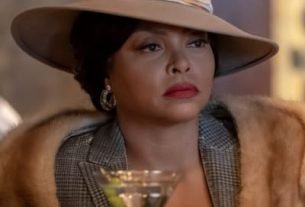 Empire Creators Hopeful Series Will Get a Proper Finale