Netflix’s new ‘Black Mirror‘ movie rips off a popular children’s book series and takes it to a dark place, according to the folks behind “Choose Your Own Adventure” … who’ve chosen to file a $ 25 million lawsuit.

Chooseco, the company that owns the ‘CYOA’ trademark, claims Netflix’s ‘Bandersnatch’ jacked its popular idea without ever getting permission. In the suit, the publisher says it was in negotiations with Netflix to develop a series for years, but they never closed a deal.

Chooseco adds, Netflix deliberately tried to connect with the audience’s nostalgia for the popular ’80s and ’90s ‘CYOA’ books … according to the suit. The publisher says it was blatant too, with ‘CYOA’ being mentioned by name in the first few minutes of ‘Bandersnatch.’

If you haven’t seen it, ‘Bandersnatch’ is an interactive experience that allows viewers to choose the direction of the plot, but Chooseco says the choices can take the movie in a direction that includes “references to and depictions of a demonic presence, violent fighting, drug use, murder, mutilation of a corpse, decapitation, and other upsetting imagery.”

The publisher says these dark and violent themes are way too mature for the target audience of its book series … so the association with this “grim content” tarnishes its brand.

We reached out to Netflix, and they say they have no comment on the matter. 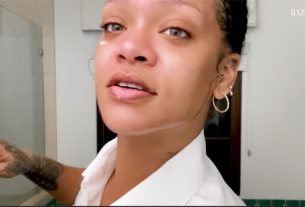