The former wrestling champ turned actor has revealed the movie is brimming with X-rated action.

Baywatch launched the careers of Pamela Anderson and David Hasselhoff and was a family favourite on Saturday evenings.

“Trust me when I say Baywatch has got dirty”

But the remake starring buff Dwayne and co-star Zac Efron is unlikely to be as safe to watch.

Dwayne said: “Trust me when I say Baywatch has got dirty.

“Just like the television show, the movie is going to entertain fans, but because we aren’t on at a family time, we have been able to be a lot more risky with the jokes.”

But the hunky star has reassured Baywatch fans that there will definitely be lots of slow motion running across the beach in swimwear, a trademark of the original telly series.

And he said there was no way he would have signed on to the film without first consulting with Hasselhoff, who played head lifeguard Mitch Buchannon.

He said: “As soon as I knew Baywatch was happening, I wanted David involved – you don’t do a Baywatch movie and not consult the Hoff.”

Kelly Rohrbach also has big shoes to fill as she steps into the role of CJ Parker, the part which shot Pamela Anderson to worldwide stardom.

She said: “The final result of the famous swimsuit looks great, but it was tough. Fitting after fitting.

The film is released on Bank Holiday Monday, and has a 15 certificate. 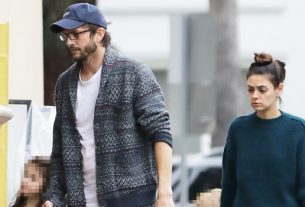 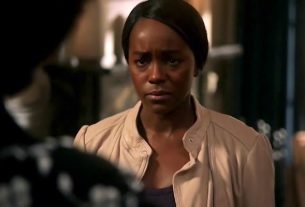 HOW TO GET AWAY WITH MURDER: Season 6, Episode 12: Let’s Hurt Him TV Show Trailer, Plot Synopsis, & Air Date [ABC]