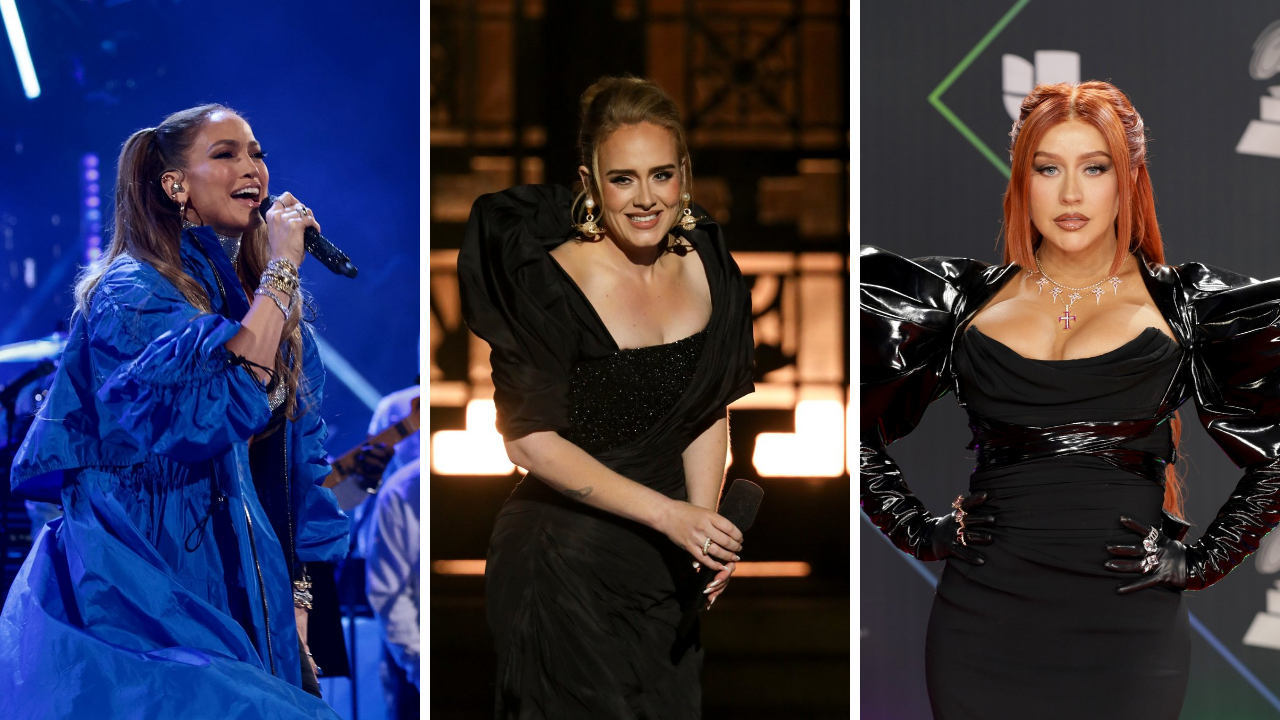 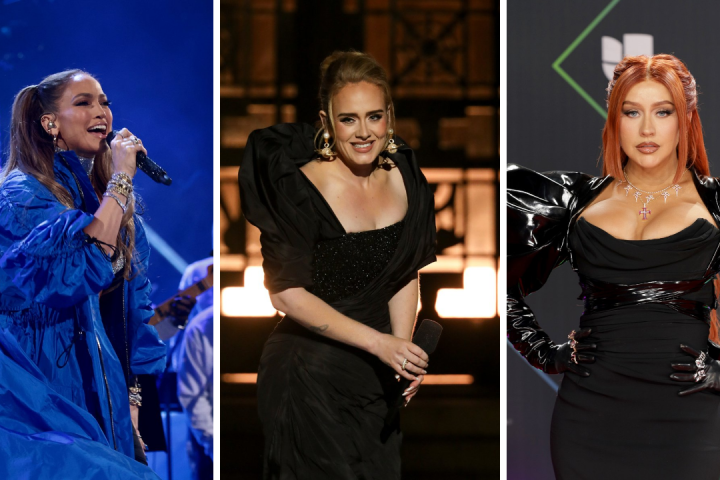 By Mikael Melo. 33 mins ago

It’s Friday, Friday, gotta get down on Friday — especially when it’s New Music Friday! We’re breaking down this week’s best new tracks to keep on your radar.

After years of anticipation, Adele is making her triumphant return with her fourth studio album 30. The singer credits this album as her “ride or dies throughout the most turbulent period of my life.” The album is said to be a gift to her son as an explanation for her divorce and why she chose to pursue her own happiness. Her follow-up single to her smash hit “Easy On Me” is “I Drink Wine” and it’s a truly relatable track with lyrics such as “Why am I seeking approval from people I don’t even know?” this song (and her entire new album) will make you FEEL all the FEELS! During her TV special she also performed “Hold On” and “Love Is A Game”, however, fans are falling in love with the track “To Be Loved” to which the singer did a live recorded performance a day ahead of the album’s release.

Jennifer Lopez is doing what she does best and that’s being a triple threat. The singer, dance, and actress is back for yet another rom-com (which we LOVE to see). The film titled Marry Me see’s Jennifer Lopez finds out that her celeb fiance has been cheated on her (Maluma) so she ends up marrying a random fan as a publicity stun (Owen Wilson). “On My Way” is the first single from the Marry Me movie soundtrack, the film is set for release on February 22, 2022 and will feature Lopez, as well as Maluma, Owen Wilson, and many more.

Christina Aguilera is serving us all the Spanish vocals! This time around she is giving us a beautiful ballet with “Somos Nada”. To complement the new single Aguilera’s new music see’s her rocking her new red hair looked with some empowering visual storytelling and gorgeous outfits, we’d expect nothing less from the chart-topping diva. The single follows her previous release Beck G, Nicki Nicole, and Nathy Peluso called “Pa Mis Muchachas“.

French Montana with Saweetie and Doja Cat – “Handstand”, plus They Got Amnesia (ALBUM)

French Montana calls upon Doja Cat and Saweetie for a playful tongue and cheek track “Handstand” which comes from his new album They Got Amneisa which fans have waited two years for. The track sees the trio spit some playful lyrics that make anyone want to get down and dirty. While the rest of Montana’s next album includes 21 songs and features the likes of John Legend, Rick Ross, Lil Durk, Ty Dolla Sign, and many more!

The former Wanna One member has finally released his highly anticipated album Electrified: Urban Nostalgia with the lead single “Electrified”. This sleek disco-pop-inspired song features a very colourful video that see’s Ha Sung Woon embracing a new era that is visually pleasing to the eyes and years. Ha Sung Woon’s new album follows his string of six top 10 albums in Korean, including his previous number 1 “My Moment”.

Country-pop princess, Kacey Musgraves took her own spin on the iconic Coldplay track “Fix You”.  Now you’re probably wondering why Kacey would cover this song out of the blue? Well, it turns out she recorded this cover for a new Chipotle commercial, which just makes this cover that much more iconic. Kacey soothing vocals bring a new element to this already touching track and if you’re looking for a new variation to this song that will ease your sorrows away, here it is!

Other noteworthy releases include Carmen DeLeon – “Mariposas”, Kye – “Good Company” plus EP, Devon Cole – “Party For One” (EP), Brantley Gilbert – “How To Talk To Girls”, Maxwell – “Off”, Kayne West with Andre 3000 – “Life Of The Party”, Allie X – “Anchor”, Ashley Kutcher – “Strangers”, Walker Hayes “AA”, Alesso – “Somebody To Use”, Masked Wolf with Bebe Rexha – “It’s You, Not Me (Sabotage)”, and  Princess Goes To The Butterfly Museum – “Tomorrow’s Screams”.

Keep On Your Radar:

Beloved K-Pop group Monsta X announced their upcoming English-language album, The Dreaming, giving a first taste with their track “One Day”. The track comfortably sits in the Top 40 charts, making them the second K-Pop group in history to achieve this. Their album drops Dec. 10, 2021, however, you can pre-order it now!

Olly Alexander steps out with his first solo album as Years & Years. Night Call is set for release on Jan. 7, 2022. The album will include the previously released singles “Starstruck” and “Crave”.

Bryan Adams – So Happy It Hurts

Beloved Canadian rocker Bryan Adams is set to release his 15th album, titled, So Happy It Hurts. The star already dropped the single “So Happy It Hurts” and he describes the song as “freedom, autonomy, spontaneity, and the thrill of the open road” so we’re excited to see what’s to come for the rest of the album when it drops in March 2022. 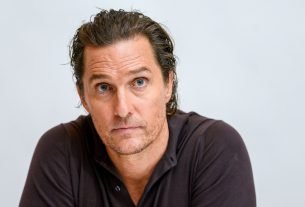 Matthew McConaughey Creates His Own ‘Concoctions’ To Smell Great 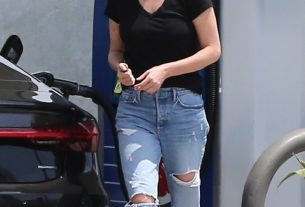