New York Fashion Week is back with a bang – and this year, the clothing is quirkier than ever.

One of 2019’s most eye-popping collections was debuted by Pamella Roland.

The American designer was inspired by consumerism when she created these racy garments.

So would you dare to wear any of them in public?

The stand-out piece is a dress that resembles crumpled up $ 1 notes.

While the money-themed skirt looks decayed and worn, the bodice looks a lot more luxurious.

The sheer top is fashioned from small silver hoops, which glittered as they were modelled down the runway.

A pair of clear heels completed the thought-provoking outfit.

RAGS TO RICHES: Many of the models sported notes and credit cards as clothes (Pic: SPLASHNEWS.COM)

A pair of leather knickers featured a pouch at the front, which would be perfect for holding coins.

And bizarrely, the model’s top half was obscured by a purse-like top.

An American Express card and see-through note were also visible to the audience.

Even though her eyes were obscured, the catwalk pro avoided stumbling on the runway.

A FINE COIN: This barely-there get-up was adorned with silver dimes (Pic: SPLASHNEWS.COM)

A third creative look was made up of dozens of silver coins.

The currency was stuck together to create a chain, which wound around a model’s body like a corset.

Styling was minimal, with the runway star flaunting plenty of skin.

IN THE MONEY: Pamella’s collection has proved to be a talking point (Pic: SPLASHNEWS.COM)

While most of the looks were very clearly inspired by consumerism, others were more subtle.

In these instances, the clothing was partially torn and revealed flashes of skin.

Two of the models sported one earring and silver accessories.

The third looked a lot kookier as she sported cut-out trousers and barmy headgear.

LADY IN RED: You’d have to be brave to wear this jaw-dropping look in public (Pic: SPLASHNEWS.COM) 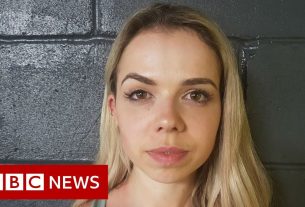 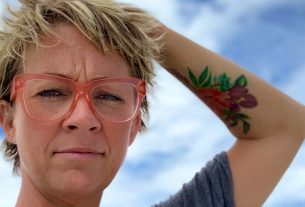 “I feel like I’ve always been this tired.” The unspoken frustration of being a single mum. 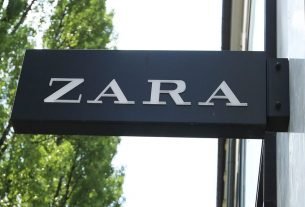 More Than 1,000 Zara Stores to Close as Parent Company Focuses on Online Shopping