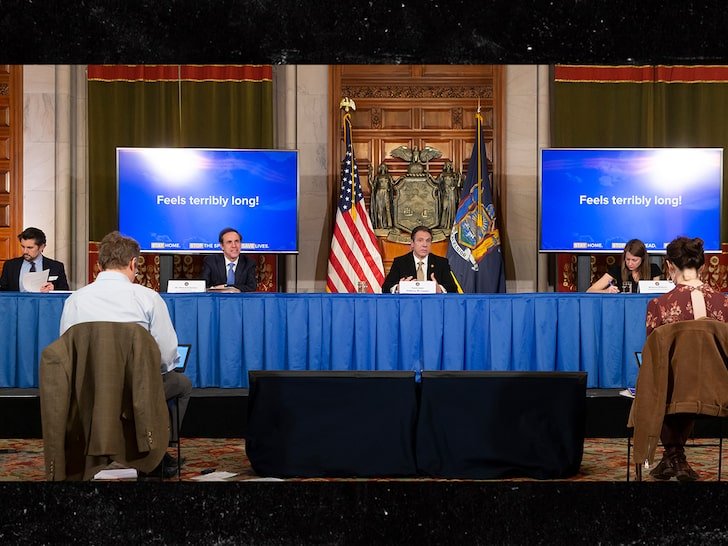 New York Gov. Andrew Cuomo has been a true hero in fighting the coronavirus pandemic, which is why it’s especially stunning he’s being sued over something that did NOT happen at his daily briefings.

A group of deaf New York residents, along with the Disability Rights New York group, are suing Governor Cuomo claiming NY is the only state that has never provided televised in-frame ASL interpretation during COVID-19 briefings. The DRNY says it’s received a large number of complaints about it.

The org claims it reached out to Cuomo’s office on March 27 requesting a live sign language interpreter but the office provided it only through an online broadcast on the Governor’s website. The suit claims Cuomo’s office also responded saying it provides closed captioning for televised broadcasts.

Cuomo’s office directed folks to the governor’s website, but the suit says not all deaf residents have internet access. The DRNY says it’s made no progress with the governor and have also filed a complaint with the Justice Department.

The residents and DRNY are suing for an order forcing the governor to provide a live sign language interpreter on his daily TV briefings.

We’ve reached out to Cuomo’s office for comment, so far no word back.

Jennifer Hudson QUITS The Voice after three years: ‘It wasn’t an easy decision’