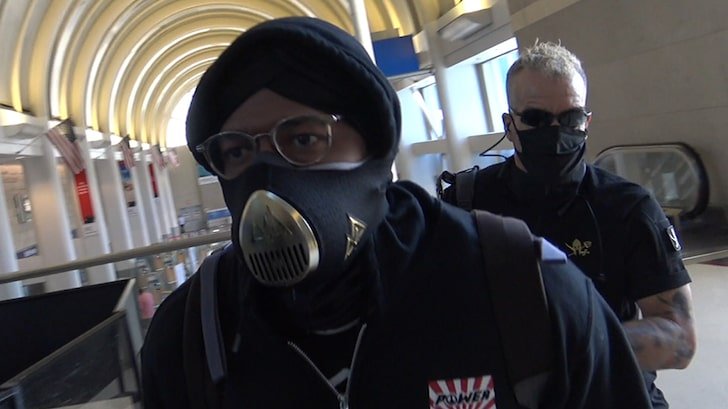 Nick was at LAX Friday when the photog asked him what he thought of Ye’s run. Answer: “I love it!”

Now, the photog took it a step further and asked if he’ll still be with Kanye when he casts his ballot, and Nick gave the semi-emphatic “Yes.” We say semi because there’s clearly a slight smirk.

On another subject … Nick was asked about his recent troubles over some anti-Semitic comments. Nick has been earnest in attempting to educate himself … even meeting with rabbis.

Viacom gave Nick his walking papers for “Wild ‘N Out” … so the photog asked if he felt “cancel culture” was out of control. Nick’s answer was genius … it shouldn’t be cancel culture, it should be counsel culture.