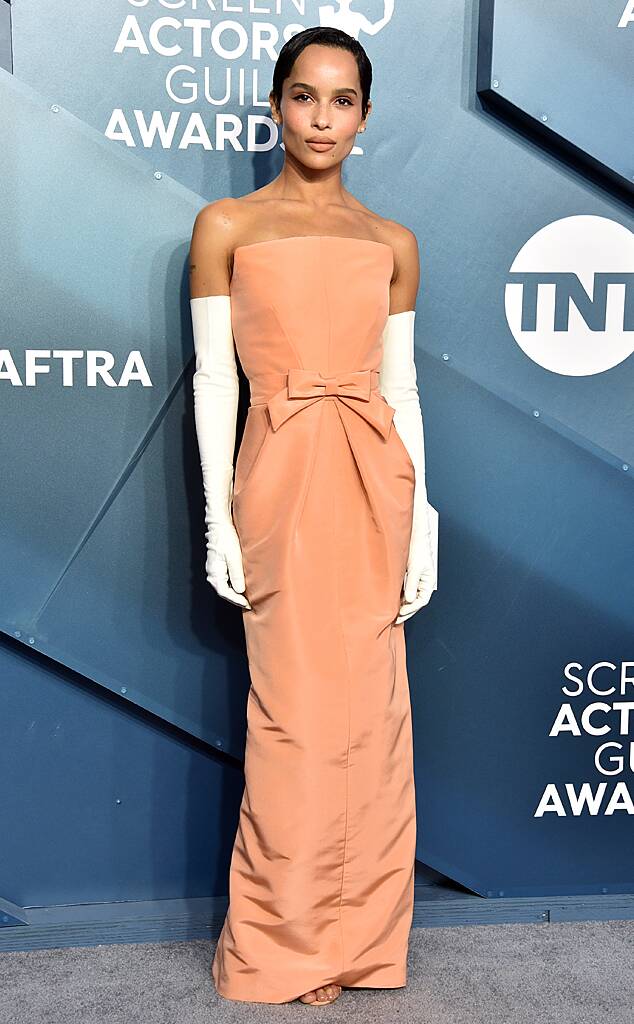 There is no doubt that this member of the Monterey Five is a solid ten.

At the 2020 Screen Actors Guild Awards, plenty of celebrities have been pulling out the stops with their fashion, and per usual Zoë Kravitzis no exception.

The Big Little Lies star arrived on the red carpet in a stunning, strapless peach dress with bow detailing that she paired with elegant white gloves.

Her regal look was completed with a slick hairstyle and simple stud earrings that had us speechless.

We’re hoping we’ll see it later tonight on stage while she accepts a trophy, since the cast of Big Little Lies is up for Outstanding Performance by an Ensemble in a Drama Series.

We’ve already seen a few of Kravitz’s co-stars on the red carpet, like spotting Reese Witherspoon in a stunning black gown or seeing Douglas Smith having a perfect date night taking pictures with his girlfriend.

Be sure to tune in tonight to see if the cast takes home the win!

Rock the look: Style guide to best of all festival fashions

Men can now wear transparent beach shorts – and they expose everything