The starlet, who was once seen as the nation’s sweetheart, has been dropped by hair care giants L’Oreal nine years after she inked the mega-bucks deal.

The deal, which is reported to have been worth £4million, was not renewed earlier this summer despite Cheryl walking the catwalk at Paris Fashion Week for the brand.

As rumours swirl about why Liam Payne’s ex was axed, a rep for the brand insists Chezza didn’t leave on bad terms.

A statement released to Daily Star Online said: “Following discussions with Cheryl and her team earlier this year, we can confirm that our spokesmodel partnership has come to an end, however she continues to be a friend of the brand.

“We’re very proud to have worked with Cheryl for nine years and to have been part of her story, sharing and celebrating all things worth it.”

Meanwhile, Cheryl added: “I have had an amazing experience as L’Oreal Paris’ UK spokesmodel for the past nine years and have loved working with the team over there.

“It always felt like more than a partnership and I would like to thank them all for the opportunities it has afforded me.”

The news comes as Cheryl’s comeback single Love Made Me Do It crashed down the Official UK charts once more.

The track is currently flopping at number 77 after just four weeks after release.

To make matters worse the single is now not even in the Top 200 songs played in the UK on Spotify.

Even Cheryl’s two TV performances were slammed by viewers.

First her X Factor performance was mocked for being over-sexualised and exposing her shaky vocals.

As she sang the line ‘the ink on my skin, is all the placed I’ve been’ the mum-of-one provocatively licked her hand.

Meanwhile, during an appearance on The Graham Norton show Cheryl was accused of miming. 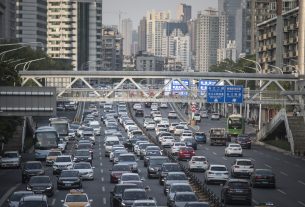