Friends-turned-enemies Obi-Wan Kenobi and Anakin Skywalker will once again clash lightsabers in the upcoming Disney+ series Obi-Wan Kenobi, and now several details regarding their highly anticipated battle have apparently leaked. We have known for some time that Darth Vader will appear in the Star Wars show, with Hayden Christensen set to reprise the role of Anakin Skywalker alongside Ewan McGregor’s Obi-Wan, and it sounds like the reunion will be well worth the wait.

The rumored description of the scene comes courtesy of the site Making Star Wars, which has described the Obi-Wan Kenobi introduced in the series as “very much the master in this series.” According to the site, “the change in direction Obi-Wan takes after this story is why he allows his powers to fade. In this series, we are getting peak Obi-Wan Kenobi.” So far, so exciting.

The report claims to have been privy to the general storyline that will begin the Star Wars series, stating that “Obi-Wan Kenobi is dispatched to a planet on a rescue mission.” This prisoner is said to be very important, so important in fact that they are being held by none other than The Inquisitors, one of whom is allegedly is played by The Queen’s Gamit star Moses Ingram. It is also this mission that puts Obi-Wan onto Darth Vader’s radar.

The series then takes us to Mustafar, where “Darth Vader rises from his throne and hurriedly walks to his ship’s hanger to intercept his old master.” Obi-Wan is described as wearing “is clothes from Revenge of the Sith for the fight or damn near close enough. The white tunic, no robe,” which results in the beloved Jedi Master looking like an “aging gunslinger, his swagger remains the same as it ever was. When Kenobi walks out onto the dirt field, this is the guy that said Sith Lords are his “specialty.”

This is where the fun begins, as Vader enters the fray in a costume which the report calls “pretty much identical” to the one used in Rogue One: A Star Wars Story. Then comes a moment that’s sure to be one of the series’ highlights, as “Obi-Wan realizes exactly who the monster in the suit is.” The description continues saying, “Kenobi’s resolve is strong and his face is so focused on the threat ahead. Darth Vader walks towards Kenobi ready to engage him,” and this is when the two finally face off. While the details of the fight itself are brief, simply revealing an initial Force push before “Vader slowly gets up advances towards his moment of revenge,” the build-up alone sounds like it will already have Star Wars fans squealing with glee, with Hayden Christensen also excited.

Lucasfilm boss Kathleen Kennedy previously described the Obi-Wan versus Darth Vader moment as “the rematch of the century,” and based on this rumored description, it seems that she was absolutely right. Directed by Deborah Chow, Obi-Wan Kenobi begins with Obi-Wan watching over Luke Skywalker on Tatooine, ten years after the events of 2005’s Star Wars: Episode III – Revenge of the Sith, and takes the character on an adventure that is expected to lead into Star Wars: A New Hope.

Obi-Wan Kenobi is scheduled to be released on Disney+ in 2022, and will consist of six episodes. This comes to us courtesy of Making Star Wars. 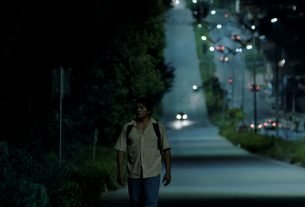