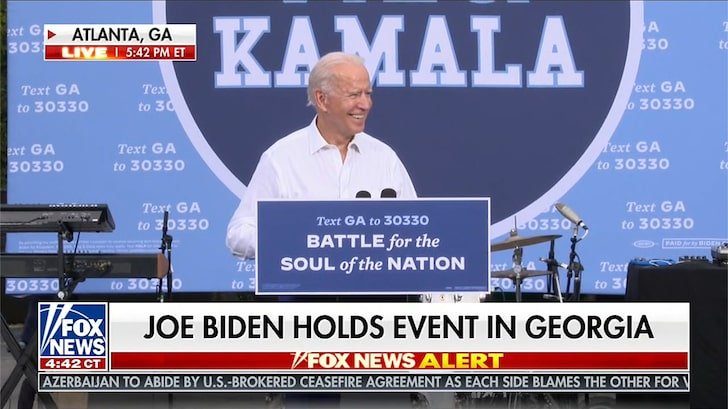 Joe Biden brought out some hip-hop allies for a COVID-safe event in A-town — Offset and Common performed, and Outkast helped with his intro.

The Presidential candidate held a drive-in rally Tuesday in Atlanta, where dozens of cars pulled in and parked around a stage near the Cellairis Amphitheatre in Lakewood.

It was Joe’s second stop of the day in the Peach State, and this one included some one-on-one time with warm-up acts. 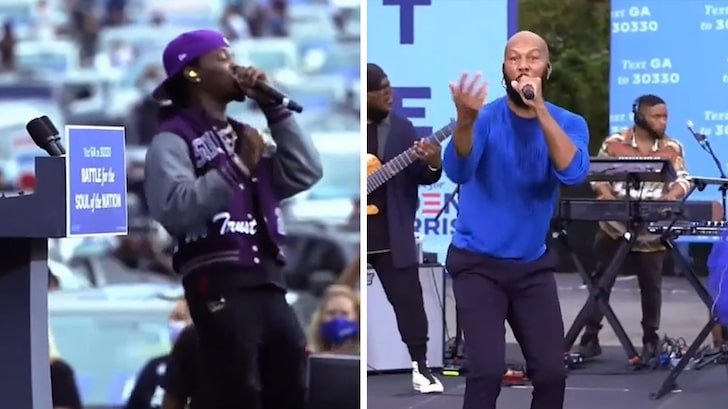 Offset, an Atlanta-area native, performed his song, “Clout,” while Common appeared to do a freestyle — and then when Joe was intro’d, the DJ cranked up “Hey Ya!” Sure, playing Outkast feels like pandering to the ATL crowd, but hey … just 7 days left to vote!

Afterward, Biden shared some face time with Offset and Common backstage. All of them were wearing face coverings, and Joe was digging Offset’s chain … which featured a pic of Kulture. 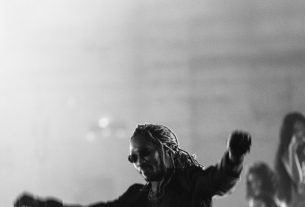