It’s nearly Halloween and that can only mean one thing – lots and lots of spookily sexy outfits from our beloved celebs.

And one bombshell who certainly didn’t miss the memo for all those frightful festivities was Love Island’s Olivia Attwood.

Stepping out at the KISS Haunted House Party at SSE Arena Wembley on Saturday night, the bombshell blonde put on a jaw-dropping display.

The 27-year-old stunner left little to the imagination as she put her underwear on full show.

Her racy outfit was accompanied by head-to-toe fish netting, which did little to conceal her ample assets, which could clearly be seen through the mesh ensemble.

Adding even more sex appeal to the look, Olivia slipped her trim pins into a pair of black knee-high boots.

Meanwhile, the babe rocked some incredibly outrageous hair, styling her long golden locks into a voluminous crimped down ‘do.

Luckily she managed to keep her fabulous ‘do in place with the help of some saucy black bunny ears.

Ever the glam queen, Olivia opted for a full-face of dramatic make-up, going for a thick black winged eye with lashings of mascara and a soft nude lip.

She finished things off with a hint of blusher on her sky-high cheekbones.

The babe has already enjoyed a string of dates anther E4 show but is yet to find love with any of the hunks.

LOVING IT: Olivia looked on cloud nine a she confidently strutted her stuff for photographers (Pic: Brett D. Cove / SplashNews.com)

Ahead of her appearance on the show, Olivia revealed she was “excited” about her search for love yet again after her romance with fellow Love Islander Chris Hughes came to an abrupt end last year.

“To say I’m excited and scared to the join the Celebs Go Dating agency is an understatement!” she said.

“I’m known as a wild child, party girl, so I’m sure I’ll keep Nadia and Paul on their toes.”

Well, if Liv’s latest sizzling getup doesn’t drive the guys “wild” we don’t know what else will! 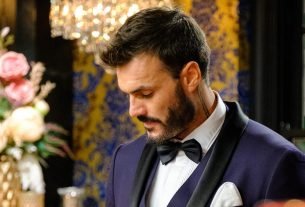