Rock the Runway With New Series “Model Squad” on Sept. 4

Can Olivia Culpo shed her It girl persona for Sports Illustrated?

That’s what famed photographer Yu Tsai demanded of the former Miss Universe during Tuesday’s premiere of Model Squad. Although the Rhode Island native is already an actress, model and red carpet maven, she was eager to land a gig with Sports Illustrated.

In order to get an “in” with the celebrated publication, Olivia needed to impress “gatekeeper” Tsai, who had seriously high expectations. Ahead of their test shoot, Yu and Olivia sat down to have a conversation about confidence. Unfortunately, the industry vet was not thoroughly impressed with the Model Squad star’s “beauty pageant” answer.

“I’m inspired by girls who show up on my set and bring me a new set of energy,” the photographer relayed to Culpo. “I want to see it when you’re on set, that the confidence you talk about, it is not something that I’m gonna google and find. I want you.”

Clearly nervous about the possible big break, Olivia admitted in a confessional that she had been “trying to study the poses of all the other girls.”

Get to Know the Ladies of Model Squad!

Sadly, the photo shoot had a rough start as Olivia asked Yu if she should just do “whatever.”

As the modeling guru advised Olivia to be more “effortless,” the ex beauty queen got more in her head and turned to her on-looking team for reassurance. This infuriated Tsai as Culpo’s self-doubt affected his “rhythm.”

“It’s not about them,” Yu snapped. “How do you feel? If you want them to judge should I hand a camera to them? Why do you care what they think?”

“I’m just asking,” Olivia responded in an attempt to calm the situation. “I’m just trying to have fun.”

Unsurprisingly, this comment did not sit well with Tsai, who felt he was trying hard to get a “moment” for Olivia.

The 26-year-old wasn’t the only Model Squad star trying to land a career-changing gig, as many of her peers—including best friend Devon Windsor—attended the casting for the Victoria’s Secret fashion show.

Being a seasoned member of the VSFS, it wasn’t shocking when Devon landed the gig. As for Nadine Leopold, who had auditioned several times in the past, she was understandably giddy when she booked the high-profile show.

“I got it,” Nadine squealed to Devon on the phone. “Oh my god, I was like freaking out.”

Yet, it wasn’t good news for everyone in the Model Squad since Hannah Ferguson was passed over for VSFS. Thankfully, Hannah didn’t let the rejection dampen her spirits or her quest for modeling greatness.

“Well I wanted to cheers you guys for making the VS show. I wish I was doing it with you,” Hannah later confessed to Devon and Nadine in the Hamptons. “Hopefully next year! I was hoping it was gonna happen, but try for next time.”

See how Olivia’s dramatic photo shoot turned out, as well as an update on the other girls’ careers, by catching Model Squad tomorrow night!

Watch the premiere of Model Squad tonight at 8 p.m., only on E! 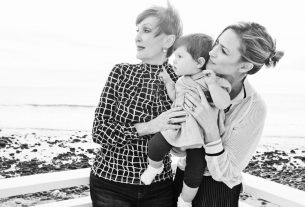