“I don’t like conflict. When I feel like this, I just totally shut down,” Liv admits in this clip from Tuesday’s season finale of Relatively Nat & Liv.

The Pierson sibling just locked down a venue for the duo’s upcoming fashion show (doubling as the budding designers’ first clothing collection debut), and it’s an art gallery too, which sounds promising. But Nat—who’s been dubbed something of a perfectionist by various family members before—is not completely sold on her cousin’s pick and isn’t afraid to tell her, either.

“We didn’t approve it,” she says, after Liv tells her the gallery has officially been “booked” for their event. Which is happening in two days, by the way.

Liv insists she showed Nat the photos already (and reminds her she found several venue possibilities, and Nat “said ‘no’ to everything”) but the Halcro sibling’s stress levels are clearly at an all-time high and she’s not super interested in what her business partner has to say right now.

“Well, you’re going to have to cancel [the gallery] ’cause we can’t do that there,” Nat bites, arguing that the layout of the space isn’t what she envisioned for their debut runway show.

“The only other place is The Permanent,” says left-brained Liv, “and that’s way too much money.”

Ironically, that’s when her creative cousin’s face lights up. “I said ‘yes’ to that,” she chirps. And though Liv reiterates that the price is “way” too high, Nat presses on. “I’m not trying to be a total crazy person but I just really want the prettier place,” she finishes. “Please.”

So, who do we think is budging on this one, Nat or Liv? Wage your bets accordingly after checking out the clip above!

Watch the season finale of Relatively Nat & Liv Tuesday at 8 p.m., only on E! 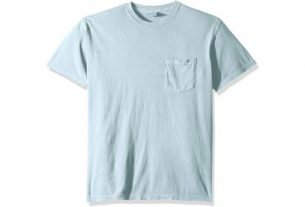