Welcome to Always On Time, where we’ll highlight the very best, most interesting, and coolest new watches in the world.

The watch: The Omega Speedmaster Chronoscope

The single best thing about this watch: Born in the ‘40s, this watch design is aging gracefully.

The backstory: For its latest release, Omega is building out its Speedmaster line with a new “Chronoscope” collection of vintage-inspired watches. A chronoscope is a tool used to measure small intervals of time; fittingly, this new Omega is built for folks who want to do much more than keep track of the hours and minutes in a day. The “snail” dial design—named for the way the concentric circles on the watch resemble a snail’s shell—includes three different timing scales.

The first is the tachymeter, located on the bezel, which you’d find on the traditional Speedmaster (and basically any other watch built for racing, like the Rolex Daytona). The other scales in the center of the Chronoscope are much less common. Doctors originally used a pulsometer to measure heart rate (start the chronograph and count the number of heartbeats up to 30 to calculate heart rate) while the telemeter is designed to figure out the distance between you and a noisy event. That one’s most useful during a storm: push the chronograph at the sight of lightning and click it off at the thunderclap to determine the distance between you and the weather.

The dawn of a new… old day at Omega: The Chronoscope revives a design that first debuted in the 1940s, and the brand-new watch is rife with vintage touches. That starts with the snail design but extends to smaller details, like the “leaf” hands (because, well, they look like long skinny leaves). In 2021, Omega has been all-in on the past. One of the brand’s biggest releases of the year is the Seamaster 300, a watch that takes direct inspiration from Omega watches of the ‘50s and ‘60s. But the brand has also made some adjustments to make the Chronoscope more 2021 friendly. The biggest update is the size: at 42 millimeters, the watch is dramatically bigger than anything made in the ‘40s. For a practically futuristic version of the watch, look towards the “panda” dial version with sporty red accents.

Where and when to buy it: The collection of Omega Speedmaster Chronoscope watches ($8,450 to $14,100) is available on the brand’s website now. 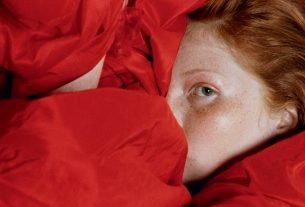 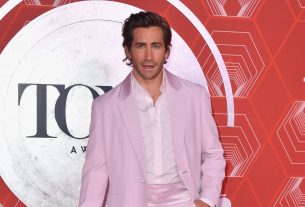 Jake Gyllenhaal and His Baby-Pink Tux Won the Weekend