The infamous boyband promised that a reunion would be in the works when they decided to take an “18-month hiatus” – which has now lasted two years.

While fans have still found their dosage of the One Direction lads, with each of them branching out into their own music genre, it’s not quite the same.

Louis Tomlinson’s new job at The X Factor sparked the first concern, with fans realising that One Direction definitely won’t be making a comeback this year.

Although Niall will be joining Louis at the judges houses round of the competition, it’s not made their fans happy enough to ignore their longer-than-anticipated time off.

“Is this the end of One Direction?”

As an additional stab in the heart, people have started to figure out that One Direction have closed their online merchandise store.

The store closure has convinced fans that not only is a reunion not coming soon, but it’s not coming at all.

With the news of the shop shutting down, one user wrote: “I can’t believe they actually took away my last bit of hope for a reunion.”

Another added: “After One Direction shutting down their online store… The question is, is this the end of One Direction?”

CANCELLED?: Fans are convinced that One Direction have cancelled hopes of a reunion tour

CLOSURE: The One Direction store has closed

While another linked a series of events together writing: “So first Louis said he didn’t like the name One Direction, then there are rumours that Harry and Niall are working on their second albums and now they’ve shut down the 1D merchandise store. Why?”

Although, some fans were wondering if the store closure might mean something more exciting, with dozens of users hoping that it means new merchandise will be coming for a new era.

Despite the high hopes that some fans may have for the band, there has been no confirmation of a reunion happening anytime soon.

All five members of the band have proved to be exceptionally busy – with new music being released left, right and centre.

FANS: Fans are adamant that the closure means the reunion is cancelled

HIATUS: After Zayn left, the group took an ’18-month hiatus’

Fans have shown their support for the individuals, but are giving constant reminders that they’re way over their 18-month hiatus.

Despite appearing to have cancelled plans for a reunion, fans are still looking forward to Louis reuniting with Niall on The X Factor.

The group first performed together at judges houses in 2010, so it’s likely to bring back some nostalgia for the two.

Daily Star Online has approached One Direction’s representatives for comment. 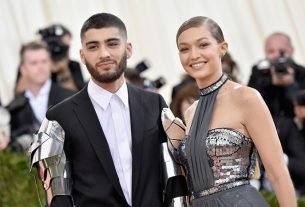 Zayn Malik and Gigi Hadid Are Expecting a Baby