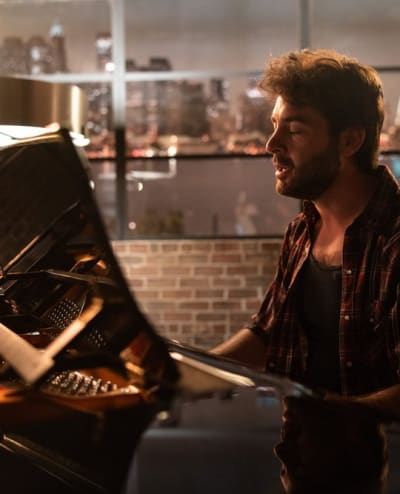 Wow, that was a cliffhanger!

We’ll discuss that in a little while. Ordinary Joe Season 1 Episode 6 focused mainly on Bobby Diaz’s campaign and how certain decisions had consequences. It also showed how determined Rockstar Joe was to form a bond with Zeke, despite his guilt.

Let’s unpack how hard it is to do the right thing when you might hurt someone you love.

Rockstar Joe was determined to forge a bond with Zeke once he realized the kid shared his musical talent since he’s such a legend, by merely liking his video, that made Zeke famous among his friends.

Joe meant to connect with Zeke by joining his Tik-Tok video and recording a duet video with him.

For now, he’s just a rockstar legend, but as Jenny pointed out, Joe may have upended all their lives by getting too involved.

Neither Joe nor Jenny’s spouses know about Zeke or that the two of them went to find him. However, both Jenny’s daughters and Joe’s management team saw the Tik-Tok video, meaning it blew up more than Joe expected.

Eric and Joe’s friendship is one of the best parts of the show. Upon hearing about Joe’s dilemma, Eric never judged him.

These two act like brothers and have always since they were kids. That support bolstered Joe to tell Amy the truth.

I got your back, brother.

The rest of the episode focused on Bobby Diaz and his campaign in all three timelines. He’s the most relatable in the Nurse Joe timeline. After being a powerful politician, it’s hard to hear you have Parkinson’s and won’t ever walk again.

It isn’t very comfortable to know you need help to do even daily activities when you’re used to being in control. Understandably, Bobby wanted to give up.

Bobby: You and I both know I’m never going to walk again. There’s no point in playing this charade.
Joe: Therapy is critical to your rehab. I see miracles in patients a lot worse than you are. 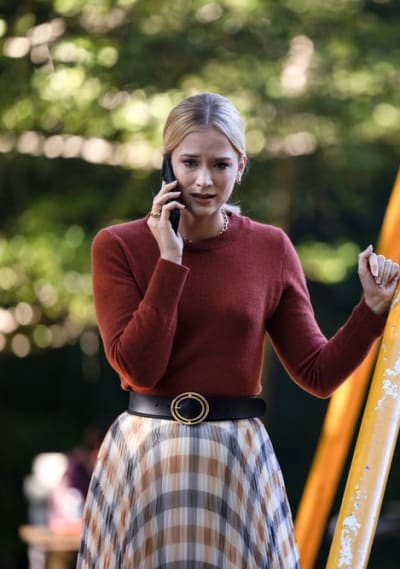 Joe brought in the big guns to help his son Chris. He thought if Bobby saw that Chris lived a happy life in his wheelchair, he would continue his therapy.

Bobby saw firsthand that Chris was a regular preteen kid, and he and Joe teased Chris about his first crush.

Chris: I’m not really into hamsters. I just took him to impress a girl.
Bobby: So Evie is into hamsters?
Chris: Well, if I get him fat and happy for one night and hand him off to her, I can give her all the tips and tricks and impress her.

Even after Nurse Joe brought to Bobby’s house and Bobby started therapy again, he had doubts about staying in politics and was going to resign.

It took a child’s pure hopes and dreams to make him see the world differently.

I’m going to be the first disabled astronaut to go to space. If I’m going to do that, why can’t you be a congressman from a wheelchair? Don’t you just talk and shake hands? 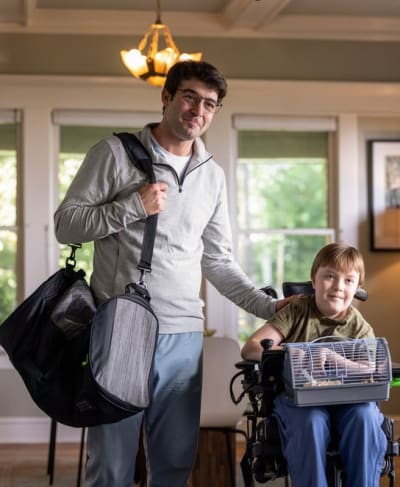 Ordinary Joe utilized disability representation so well in this episode. So many newly disabled adults feel hopeless, and it takes the innocence and hope of a child to remind them that anything is possible.

Chris has never known anything but his disability. He’s learned the hardships of getting others to accept him, but he’s always believed that he can do anything like go to space.

Therefore, he believes that Bobby can conquer his dreams too.

That was a touching moment when Bobby revealed he had Parkinson’s and was going to keep on living, primarily because of the advice of a friend. 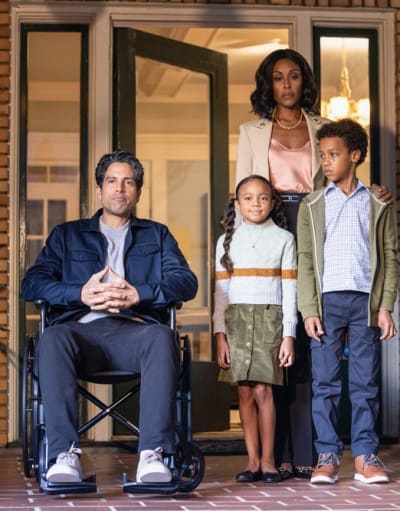 It’s a shame the other versions of Bobby Diaz don’t have this self-awareness. Cop Joe was placed between a rock and a hard place when deciding whether to turn over the evidence of Bobby paying off Carrie Coleman.

Joe became a cop to do the right thing.

Amy was convinced that Uncle Frank was hiding something and covering something up after seeing Uncle Frank and Bobby Diaz have a private meeting. It turned out she was right, and Bobby helped an Internal Affairs case against Frank go away.

Joe: Jesus Frank, so two wrongs make a right?
Uncle Frank: We don’t know Diaz had anything to do with that girl’s death. My guess is he didn’t but if you push this you’ll make that IA case against me reappear.

Cop Joe felt so torn. His family had taught him to do the right thing. However, he also felt obligated to stand by family, so could he hang his Uncle Frank out to dry? Uncle Frank helped raise him after his dad died. He always looked up to him.

This realization destroyed the way he thought of his uncle, which was part of the problem.

Joe, out of Amy and your uncle, only one of them is doing what’s right. I know this is hard for you. What do you think your dad would do? 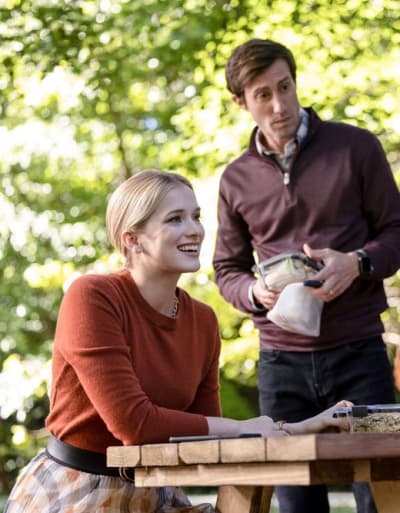 Joe knew it would destroy his relationship with his uncle, but he gave Jenny a photo of the check so they could get a warrant to arrest Bobby.

While they agreed it was a mistake to sleep together, Bobby called Amy his greatest mistake right before Amy made her speech, and they shared an emotional embrace. It appeared he was playing games and was flaunting their relationship in Joe’s face.

Karma is a bitch.

Ordinary Joe often uses parallels in the three timelines. Hence, it seemed ironic that as Bobby got arrested for paying off his mistress, Wayne Colemen showed up at Amy’s rally wanting revenge on Bobby finally. He had years while he was in office. Why now? 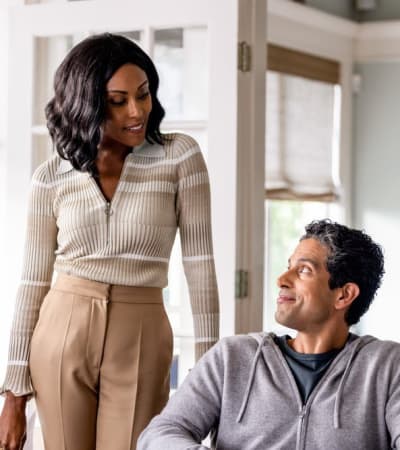 Did Wayne Coleman suspect that Bobby would use another woman, or was it that Amy’s rally was heavily publicized? That cliffhanger was so close to the Ordinary Joe Series Premiere, only this time Bobby died.

Over to you, TV Fanatics. Are you shocked by that cliffhanger ending? Do you think we’ll see Bobby Diaz in other timelines still? Is Joe going too far by trying to communicate with Zeke? Chime in below in the comments.

If you missed the episode, remember you can watch Ordinary Joe online right here via TV Fanatic.

Ordinary Joe airs at 10/9c on Mondays on NBC. 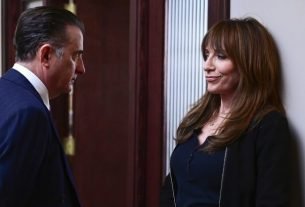 TV tonight: our highlights for Friday 28th May 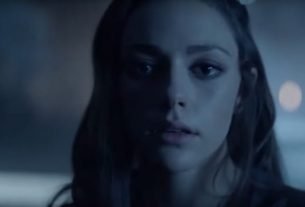 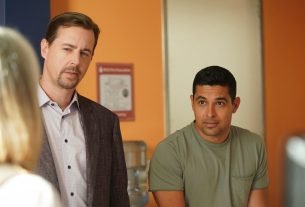