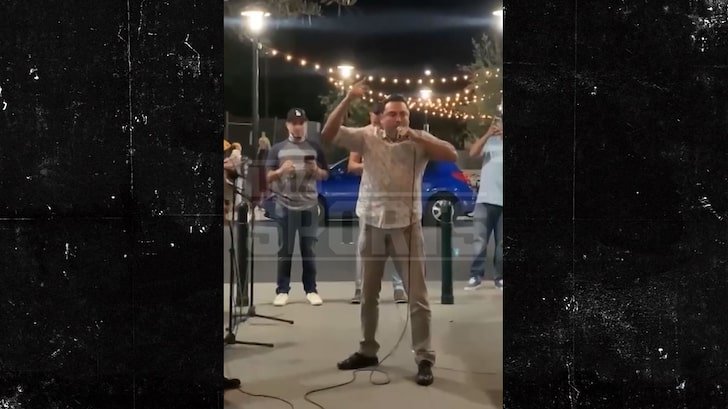 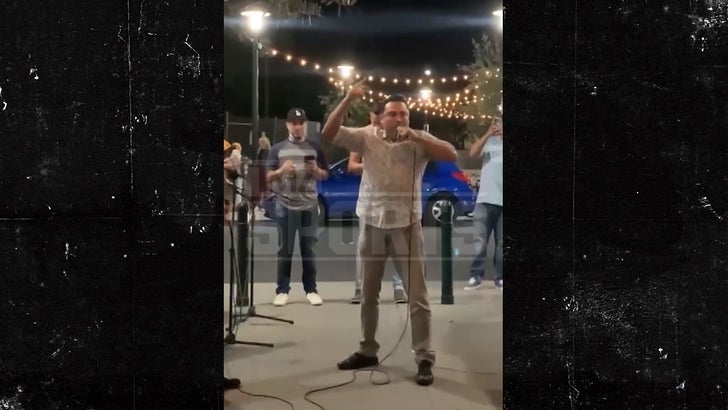 Oscar De La Hoya took a break from training for his return to the boxing ring … to SING with a mariachi band on Cinco de Mayo, and TMZ Sports has the footage.

The 48-year-old hit up Maestro, a Mexican food restaurant in Pasadena (he’s like the mayor over there) and started feeling himself when the mariachi band began to play.

So, Oscar — who once released a Latin Pop album back in the day — decided to grab the mic and take over the lead singing duties.

Look, he ain’t exactly Marc Anthony … but it’s not bad for a guy who was mowing down his dinner just minutes before taking the stage.

The crowd loved it and cheered him on as he sang hits like “Amor Eterno” by Rocio Durcal and “Sigo Siendo el Rey” by Vicente Fernandez.

FYI, Oscar’s self-titled album was released in 2001 and actually got nominated for a Grammy for Best Latin Pop Album alongside Shakira, Christina Aguilera and Luis Miguel!!!!

Oh, he lost to Shakira’s MTV Unplugged album — which, in her defense, still holds up.

As for the boxing side of things, Oscar announced he’ll be returning to the ring on July 3 … but his opponent has still not been announced.

Oscar hasn’t fought professionally since he lost to Manny Pacquiao in 2008 … and fun fact, Manny also released an album!! 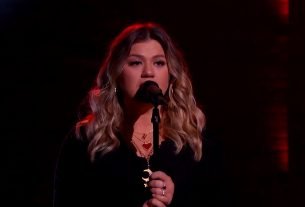 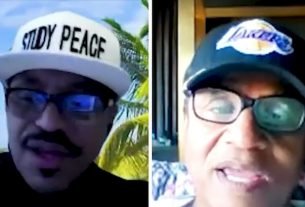