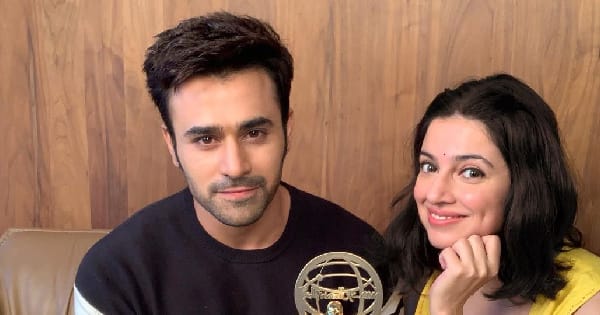 TV actor Pearl V Puri hit headlines after he got arrested in an alleged rape case of a minor girl. The Naagin star was then sent into 14-days judicial custody. Post his arrest, a lot of celebrities like Ekta Kapoor, Nia Sharma, Krystle D’souza and others came out in support of him. Filmmaker Divya Khosla Kumar too has been making many posts to extend her support to Pearl. In her latest Instagram post she raised questions over who is the real victim in this case. Also Read – Pearl V Puri Case: Victim’s mother posts for the FIRST TIME on the matter clarifying that she is not the complainant

Divya’s social media post questions the father and mother of the 5-year-old girl who was reportedly molested. She stated that an enquiry should be carried out against them. Her post reads, “If your 5yr old daughter is raped, will any father ignore this & keep fighting a custody battle..the father lodged a complaint in 2019 then why he did he not pursue the case… why did he keep quiet after he got the child’s custody…Why he’s reopened the case now after 2 years when the mother is almost on the verge of winning the custody battle in the lower court… why does the mother sound so relaxed in her conversations…any mother whose daughter goes through all this, will put all her problems aside & jump to the forefront to get justice to her daughter… She will turn the world upside down.” Also Read – Trending TV News today: Divya Khosla Kumar shares shocking details of Pearl V Puri rape case, Hina Khan’s viral Indian Idol 4 audition, Parth Samthaan on participating in Bigg Boss 15 and more

Divya further wrote that they are playing with an innocent man’s life and an inquiry should be carried out against the parents. “You claim to be victims but what if you are the real culprits of this case who have victimized PearlVPuri,” wrote Divya. Earlier, Divya had revealed that Pearl was on the verge of signing a big film. Also Read – After Ekta Kapoor, Divya Khosla Kumar reveals shocking details about Pearl V Puri rape case

Erika Jayne’s Co-Author Brian Moylan Reveals “Red Flag” in Her Marriage and How Bravo Tried to Stop Them From Collaborating, Plus He Teases Future Tell-All and Reacts to Divorce