A fourth film in the Pitch Perfect series appears to have been confirmed by the cast – and fans are so excited.

Pitch Perfect 3 hit the screens in December last year, meaning it’s early days to be hinting a new film give that there’s usually been a two year gap between them.

Despite the early announcement, it looks like Rebel Wilson has teamed up with three of the Barden Bellas to confirm another film.

While the team were out celebrating Anna Camp and Skylar Astin’s birthday, they posed for a snap in a photo booth.

Although celebrating with former co-stars is quite common, the thing that caught the eye of their fans was what they were doing with their hands.

The four ladies were holding up four fingers as they posed for the snap – and fans didn’t waste a second putting the pieces together.

After Rebel posted the snap with multiple heart emojis, fans flew in to share their excitement.

TEASE: Fans are convinced that another movie is coming out (Pic: TWITTER)

One user wrote: “Does this mean what I think it means?”

While another added: “I really hope this means Pitch Perfect 4!”

A third fan chirped: “ACA-YES! Pitch Perfect 4 is something I’m down for.”

Luckily, it’s not the first time rumours of Pitch Perfect 4 have started.

BOX OFFICE: The film has made hundreds of millions at the box office (Pic: GETTY)

Before the release of Pitch Perfect 3, Anna Kendrick spoke to Entertainment Weekly about the chance of another film.

When she was asked if the third film would be the final, or do they want to do another encore, she said: “Hell, yeah! We’d do them forever.”

With all of the cast members appearing to want to do another film, it could very well be coming. 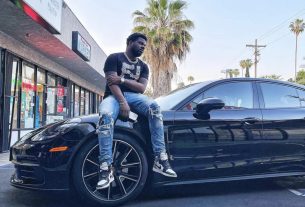 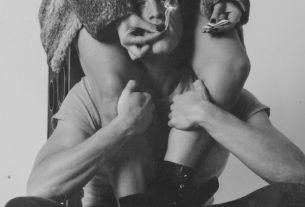