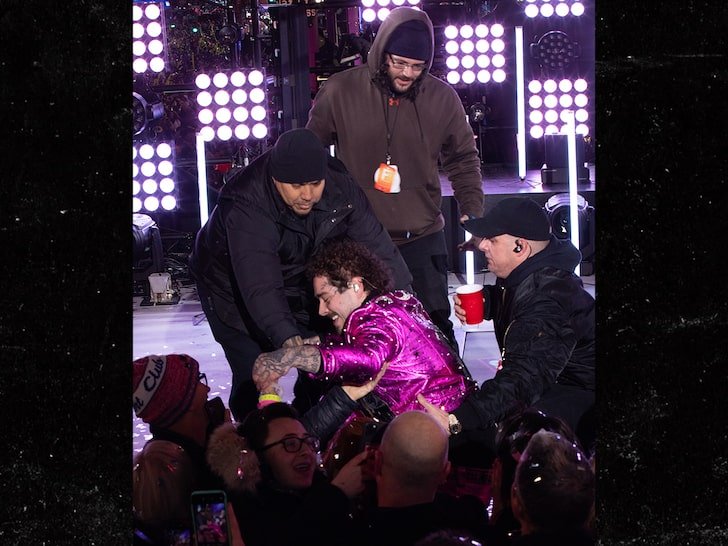 Post Malone quite literally got the New Year started off on the wrong foot … because he ate it during his big performance on ABC’s big show.

Post was one of the many performances who jumped on stage in Time’s Square as the countdown ticked off the last moments of the decade.

What’s unclear … was Post already in the crowd when he lost his footing or did he flat-out fall off the stage? What is clear … security had to help him up. 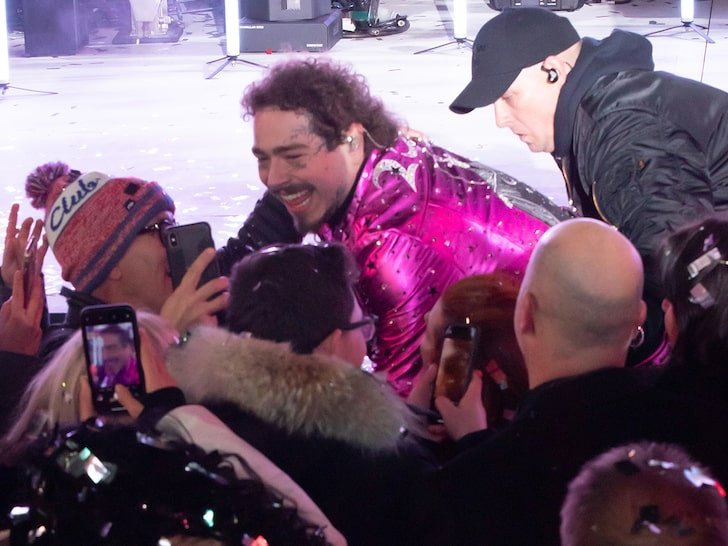 Whatever happened … Post seemed to take it in stride as he smiled to the crowd.

And, this may be nothing, but check this out. We got Post out Tuesday morning and he was wearing the same pinstripe suit he wore when he was talking to Ryan Seacrest.

We just posted a story Tuesday that Post has a new, clean-shaven look and a new face tattoo — a spiked ball and chain.

Soulja Boy Getting Out of Jail 146 Days Early 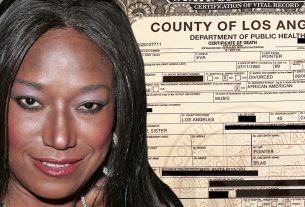 Bonnie Pointer of The Pointer Sisters Died from Cardiac Arrest