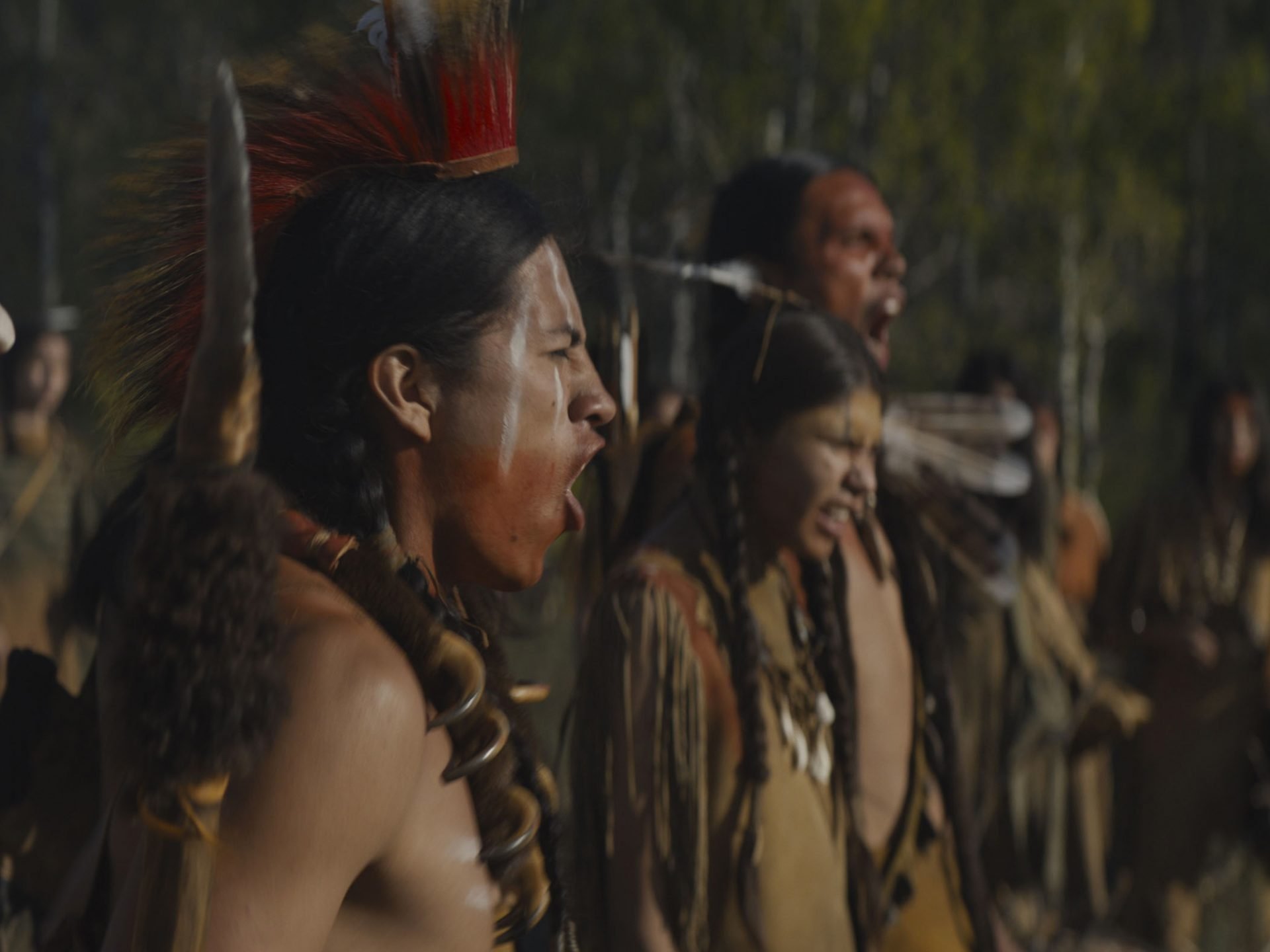 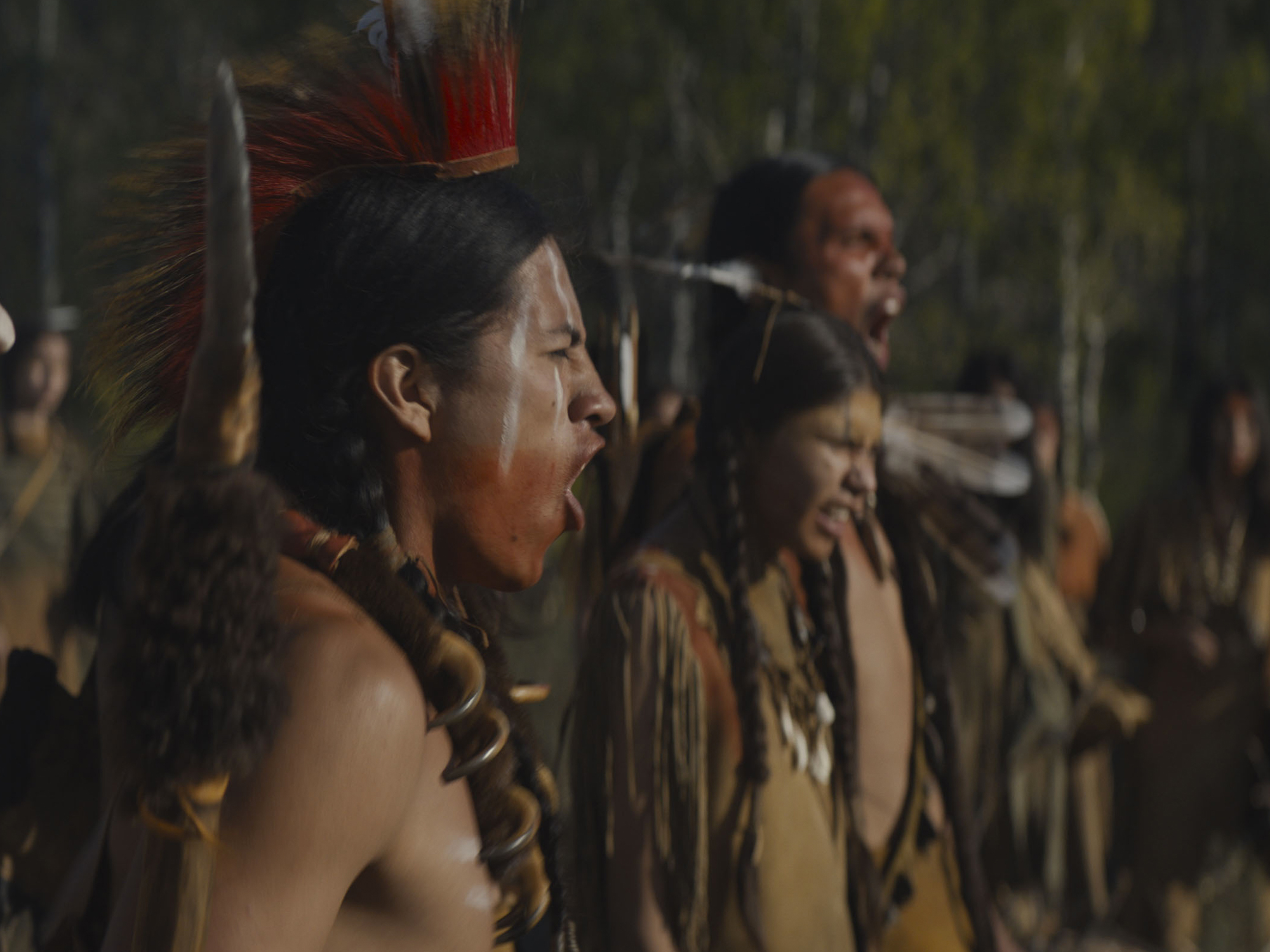 A lean monster-slasher B-movie set in the Predator universe that’s a highlight of an extremely patchy franchise.

There’s a school of thought that believes Hollywood’s modern predilection for always chasing the big money has been at the expense of tight little genre b-movies or mid-budget, adult-oriented fare. Now, with streaming a culturally dominant force, the justification has been found to pony up for those smaller, more personal projects. Yet at the same time, there’s also a sense of “welcome to the wasteland” for those films that have been deemed unworthy of even a small cinema run-out.

Meet Dan Trachtenberg’s Prey, which offers up an intriguing case study in that its modest scope and story aims make it come across as one of those movies that, in days of yore, you’d watch as a bit of fluffy filler in advance of the main event. It’s also a spin-off from the Predator movie franchise, imagining a scenario in which the intergalactic dreadlocked limb-lopper sidle up to Earth for a little chop-chop action in the early 18th century, right when the native Comanche population are on the cusp of being decimated by colonial oppressors from Europe.

So Prey has the franchise affiliation, and it also works as a tidy stand-alone project – the only backstory you need to know is that the Predator wants nothing more than to murder you. For such a scaled-back and rustic production, it works on a visual level, even if there’s little more to the landscape than sad looking trees and vast stretches of blue-grey scrubland. It’s an open playing field and, as with John McTiernan’s 1988 original, the film makes a fine fist of channelling the eerie claustrophobia that comes when wandering the great outdoors.

Our hero is Amber Midthunder Naru, with her warpaint, hatchet-on-a-rope and trusty mutt, desperate to be accepted among the male hunter-gatherers of the tribe, but prone to muffing it at the crucial moment. Yet, her moxie and ingenuity provide Preddy-boy with his only real physical match, and their final stand-off arrives after much subsidiary bloodletting, all of which is fairly routine.

The film plays through the scenario with plenty of moment-by-moment gusto, and there’s a lack of flab to it that makes it rather appealing when placed next to so many action blockbusters (many of the interim Predator franchise entries included) that just feel the need to ramp things up to a silly degree. And still, this is a shallow film that offers little more than superficial pleasures. There’s no psychological element, it’s not about anything and, despite Midthunder’s appealing central turn, there’s precious little to lodge in the memory after credits have rolled.

Oh boy, another Predator movie. As Marge Simpson would say, “No thank you!”

A million times better than expected, but the bar is limbo world championship-level low.

Nice B-movie, would like a bit more substance and subtext to it next time. 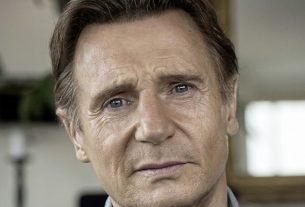 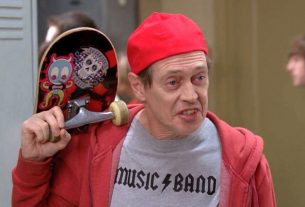 Steve Buscemi Dressed As His Own Meme For Halloween