By ETCanada.com Staff. 6 hours ago

Paris Jackson is feeling the love from her brother Prince on her birthday.

The singer and scion of Michael Jackson celebrated her 23rd birthday on Saturday, and her older brother Michael “Prince” Jackson Jr., 24, posted two photos of the pair on Instagram.

“It’s crazy to think that you’re my lil sister @parisjackson,” Prince wrote in the caption. “You’ve grown and learned so much and I couldn’t be prouder of the woman you are and the path you’re going down.”

“I like these photos cause I think it shows our duality, the yin and the yang, I love you yabyab HAPPY BIRTHDAY!! Keep doin what you’re doin you’re so awesome and I hope you have a great day!!

Prince and Paris are the oldest of Michael Jackson’s children with his ex-wife Debbie Rowe. The pair were married from 1996 to 1999. Their youngest son Prince “Bigi” Jackson is 19. Michael Jackson died in 2009.

Prince and Paris have often been close. Last July, they did a joint interview with “Good Morning America” in which each sibling effused about the other.

“He’s everything to me, you know?” Paris said. “I’ve always looked up to him and always wanted his approval and everything, and wanted to be more like him.”

“So to hear him approve, not just approve but enjoy what I do, it’s everything to me,” she said of work in her and ex Gabriel Glenn’s band The Soundflowers.

RELATED: Paris Jackson Discusses Making It On Her Own: ‘I Should Earn Everything’

Prince, who executive produced the music video for the band’s “your look (glorious)” music video, said of working with his sister, “It was awesome. ‘Cause when we were growing up, we would be talking as a family about working together in the future.” 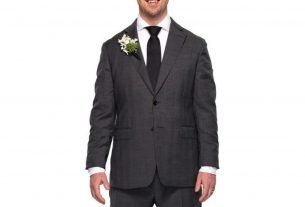 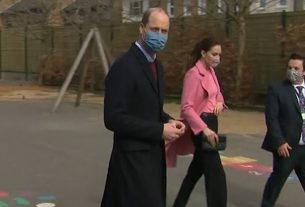 Prince William Says Royals ‘Very Much Not a Racist Family’