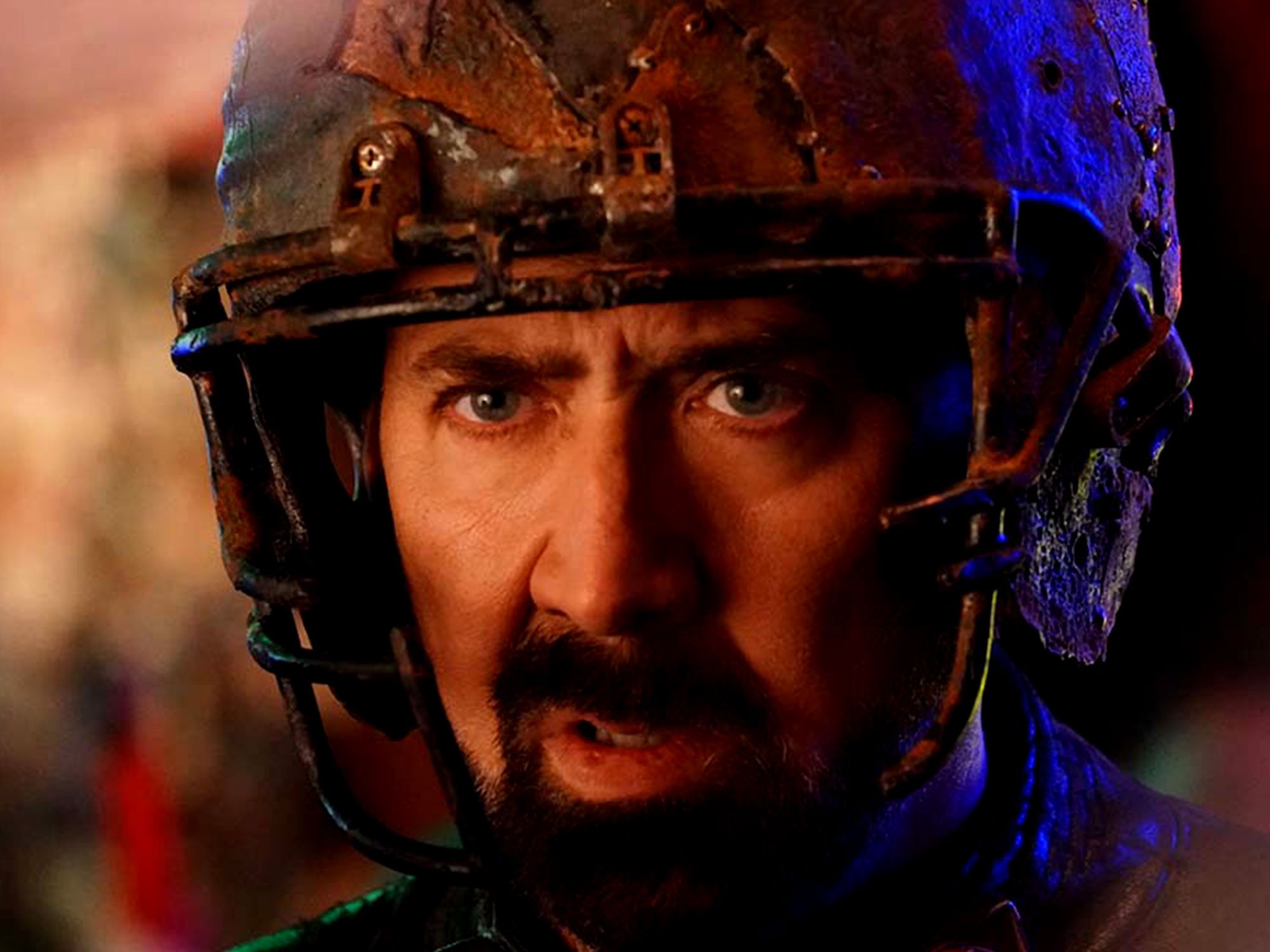 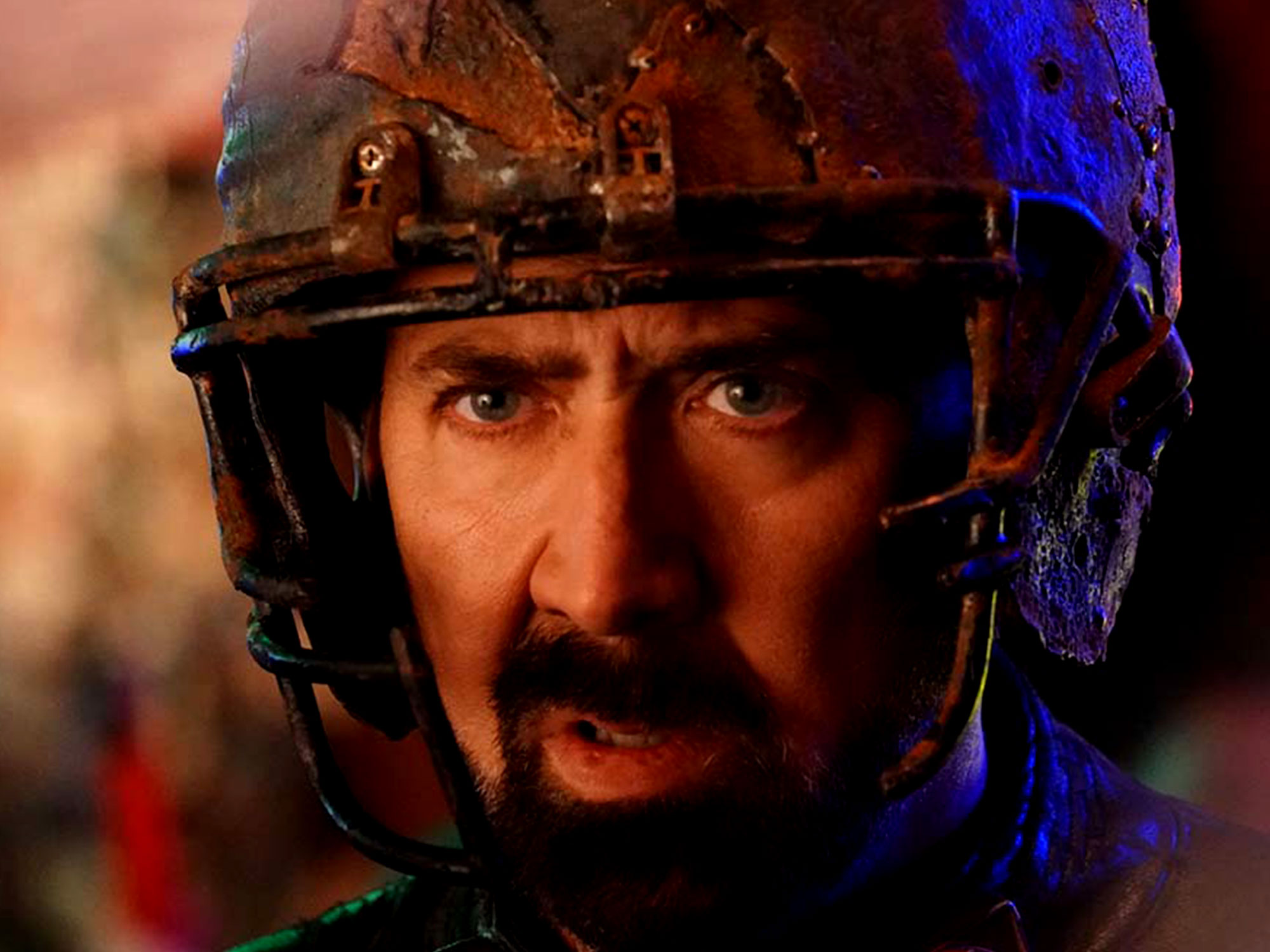 Merchants of chaos Nicolas Cage and Sion Sono team up for a fleet-fisted tale of redemption and uprising.

In 2016 The Hollywood Reporter dubbed Sion Sono “the most subversive filmmaker working in Japanese cinema today”. Unpredictable, eclectic and irreverent, it was perhaps only a matter of time before he found his way to kindred spirit Nicolas Cage, who has achieved a similar sort of cult status with audiences for his love of plots that sound like they were scribbled down by someone high on bath salts.

The result of their collaboration is Sono’s first English-language film, Prisoners of the Ghostland, which combines samurai and western iconography to create a post-apocalyptic tale of redemption and uprising. The eponymous Hero (Nicolas Cage) is a ruthless bank robber, sprung from the jailhouse by The Governor (Bill Moseley), who hires him to retrieve his missing “niece” Bernice (Sofia Boutella) from the radioactive ‘Ghostland’ beyond the safety of the town limits.

The bullets fly and swords clash as East meets West in a sort of Rashomon-Dirty Harry-Mad Max battle royale. Cage delivers another moody lone ranger beleaguered by violence while Moseley’s villain (dressed all in white, resembling Colonel Sanders) chews the scenery with aplomb.

Although Aaron Hendry and Reza Sixo Safai’s script could use a little finessing, Sono brings it to life with his usual flare, sewing together a strange wonderland populated by superfreaks, zombies and psychos. While purists might grumble that Prisoners of the Ghostland lacks the boldness of Sono’s previous work, it is a fine introduction to the director for anyone who hasn’t encountered him before.

Tags: Prisoners of the Ghostland

Frantic fun even if it’s nothing we haven’t seen before.

A couple of set pieces stand out, but not quite vintage Sono or Cage. 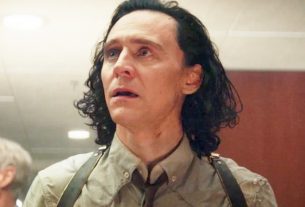