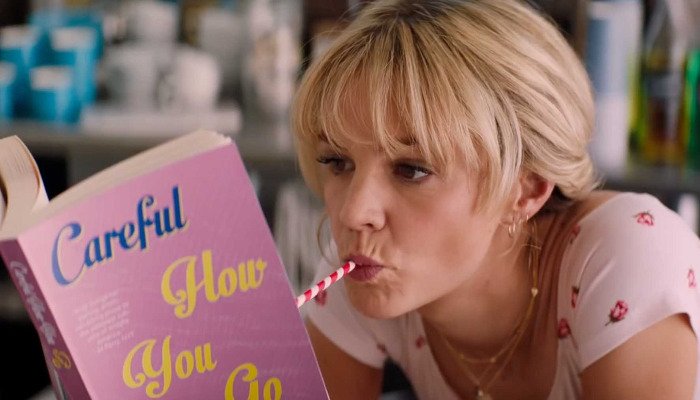 Carey Mulligan‘s revenge thriller Promising Young Woman will be hitting theaters on Christmas Day as one of the few new features releasing in 2020.

While most studios are avoiding releasing this year, Focus Features is one of the few to be forging ahead with Promising Young Woman where it will be competing against Wonder Woman 1984 on December 25th.

Focus Features is owned by Universal Pictures, the studio that recently struck a deal with AMC Theaters to release movies on premium video on-demand within three weeks of their in theater debuts. Since the deal extends to Focus, the studio has a safety net if Promising Young Woman disappoints at the box office. They can put it on streaming after 17 days, while not having to worry about added marketing costs.

Earlier this week Cineworld, the theater chain that owns Regal in the United States, announced they are going to temporarily close all 536 locations, noting the “challenging theatrical landscape.” Rivals AMC and Cinemark said they have no plans to close any U.S. outlets. But there’s a chance some theaters, especially small-town and independently owned ones, will be run out of business without anything to offer movie-goers.

Promising Young Woman was written and directed by Killing Eve show runner Emerald Fennell in her feature directorial debut. It premiered at the Sundance Film Festival where it received positive reviews, with critics lauding Mulligan’s performance. Vanity Fair’s critic Richard Lawson called Mulligan “consistently riveting throughout.” “It’s a kicky delight watching her harden in a second, changing the temperature of a room to her target’s plunging horror,” Lawson writes. “Even when the movie occasionally loses its way, Mulligan carries it along, selling every twist and reveal in mesmerizing fashion.”

The dark comedy stars Mulligan as Cassie, a med school dropout who is still living with her parents and working in a local coffee shop. She had a promising future ahead of her, until a traumatizing event derailed her studies. But Cassie is willing to go to any lengths to get her revenge. The cast also includes Bo Burnham, Laverne Cox, Alison Brie and Connie Britton. Promising Young Woman was scheduled to debut in April, but it was pushed back because of the pandemic.

Leave your thoughts on Promising Young Woman below in the comments section. Readers seeking to support this type of content can visit our Patreon Page and become one of FilmBook’s patrons. Readers seeking more movie news can visit our Movie News Page, our Movie News Facebook Page, and our Movie News Twitter Page. Want up-to-the-minute notification? FilmBook staff members publish articles by Email, Twitter, Instagram, Tumblr, Pinterest, and Flipboard. This movie news was bought to our attention by Variety.

Ben Stiller Says the U.S. Needs to Come Together Like After 9/11