The only thing that could have improved tonight’s episode of Lip Sync Battle would be if Beyoncé herself showed up, just as she did during Channing Tatum‘s performance three years ago. But even without Queen Bey’s involvement, Queer Eye‘s Fab 5—Bobby Berk, Karamo Brown, Tan France, Antoni Porowski and Jonathan Van Ness—channeled her stage presence.

The highlight, however, came when they united to recreate one of the standout numbers from Beyoncé’s instantly iconic Coachella set. Wearing clothing inspired by her Balmain sorority hoodie and her custom Christian Louboutin fringe boots, the Fab 5 did the diva proud as they worked the stage and proved they’re stronger as a unit than they are in smaller groups. When France touted the show on Instagram, he called it “one of funniest days I’ve ever experienced!”

“I have never been more excited for anyone to see anything henny,” Van Ness wrote on Instagram, adding that Brown “hasn’t been the same” since he put on a blonde wig and wore heels for the very first time. Added Van Ness, “My life has forever been changed for the better.”

Coronation Street spoilers: Daniel's family to send him to prison for attack? 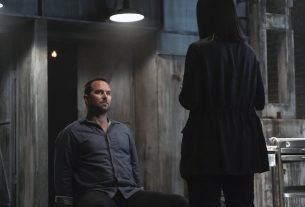