Throughout history, the look of opulence was set in loudness. At first, it was about the jewels you had around your neck or the furs in your wardrobe. Later on, luxury was labeled by the logos on your handbags. Now? There might still be a market for logomania and maximalism, but it seems that wealth has decided to lower itself into a whisper. According to Forbes, in established luxury markets, including the United States, there is a growing trend for quiet luxury. Labels such as The Row and Khaite are brands that center around those “in the know.” Only those with a trained eye for understated taste can recognize such an item. If The Devil Wears Prada was set in 2023, the iconic line would no longer be “Are those the Chanel boots?” Now, it’d be “Are those The Row?”

There’s a new class of designer labels at the top of everyone’s wish lists, and they’ve each taken their own approach to minimalistic and modern design. We’ve highlighted ten labels that fall into the sought-after category. These designers of clothes that are simple but never boring are all set on the goal of creating pieces meant to be worn season after season. They do rely on the “less is more” concept, but none of it takes away from appealing design details such as unique silhouettes and signature fabrics.

Opulence officially has a new meaning. Are you ready to be in the know? Keep scrolling.

If we had to define “quiet luxury” with one specific brand, The Row would be the answer. Founded in 2001 by Mary-Kate and Ashley Olsen, it thrives on the essence of pared-back minimalism. Insiders will understand the details in the undone aesthetic the brand prides itself on. The Row has transcended past being a celebrity brand and has become a secret club you want to be a part of.

Amid the craziness of New York Fashion Week, Bevza’s runways always bring elements of calmness to everyone’s sartorial palette. Clean lines, neutral colors, and airy silhouettes are to be expected. But through it all, designer Svitlana Bevza’s mission is to add a separate layer of meaning to her clothing. Through design, she constantly pays homage to her Ukrainian culture and advocates for sustainability in fashion.

Fresh from winning the 2022 CFDA Award for Womenswear Designer of the Year, Catherine Holstein can expect nothing but more attention to come for her brand, Khaite. Known for its rich cashmere, airy crêpe blouses, and prominent leather, the label is set to redefine the female perspective in fashion. Despite it only being founded in 2016, A-listers like Kendall Jenner and Meghan Markle have become devoted fans.

While many of Celine’s accessories do feature a logo, it’s accompanied by clean and sleek lines that make the accessories seasonless and functional. Inspired by the Arc de Triomphe, it differs from the previous logo often spotted on many of the brand’s handbags. Celine’s previous designer, Phoebe Philo, was one of the most prominent leaders of “quiet luxury,” and although no one can do it like her, the latest Celine assortment feels nostalgic to her time.

With its signature pieces like quilted jackets and scarf-coats, Stockholm-based label Totême brings a new meaning to wardrobe staples. With simple yet tasteful design additions like contrast stitching and shearling trim, there’s an added flair in basics that is difficult to find elsewhere.

Tove creates a balance between minimalist and romantic aesthetics. The brand rose to It status with its elegantly gathered dress that is the summer item to own and one you can wear for years. And since 2019, founders Holly Wright and Camille Perry have only moved upwards, adding delicate camisoles, cotton blouses, and even denim to their rotation.

We don’t even have to explain how big of an impact Ralph Lauren has had on luxury. Instead of constantly revamping, the brand stays true to its design integrity, which includes effortless preppy tailoring. Its latest offering of elevated handbags has recently caught the fashion set’s eye. Either way, Ralph Lauren will always exude elegance.

While many have taken a major interest in the maximalist side of Danish fashion (Think CPHFW street style,) By Malene Birger roots itself in classic Scandinavian minimalism. Each piece is defined by meticulous attention to detail, luxe fabrics, and easy silhouettes that work for all.

Jil Sander may have opened up shop in the ’60s, but it was her devotion to ’90s minimalism that gave her sartorial power. The brand continues to focus on the look but has not totally blocked off playfulness, adding saturated shades, fringe cascades, and fun embellishments to the mix.

Next, These 6 Celebrity Outfits Are Going Viral, so I Copied Them 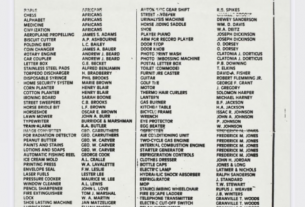 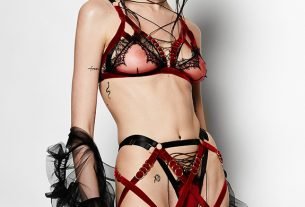