Jimmy Kimmel and Will Arnett’s bit as Emmy presenters included Kimmel playing dead on the ground the entire time they were on stage—and lasted even after Arnett announced that Abbott Elementary‘s Quinta Brunson won her first-ever Emmy for Outstanding Writing for a Comedy Series. Brunson gave her speech beside Kimmel, who remained laying flat on the ground. The internet was not amused by it. And backstage, Brunson addressed her own feelings about it to the press room. She wasn’t mad then…but that could change, she admitted.

“I know Jimmy Kimmel, and I don’t know, I felt like the bit didn’t bother me that much,” she said, quickly adding, “I don’t know what the Internet thinks.”

She went on to explain her history with Kimmel and his support for Abbott Elementary in the past. “Honestly, Jimmy gave me my first big late night spot and was one of the first people to see Abbott,” she said. “One of the first people—he Instagram messaged me that he saw this comedy and thought it was one of the greatest comedies of all time. He was so excited it was going to be on ABC. So I think at that moment, I was just really happy that it was Jimmy up there. I consider him one of the comedy godfathers. I’m a huge fan of Will Arnett, so I was wrapped up in the moment.”

“I don’t know, tomorrow maybe I’ll be mad at him,” she mused. “I’m going to be on his show on Wednesday, so I might punch him in the face. I don’t know, we’ll see what happens.” Brunson will make a guest appearance on Jimmy Kimmel Live! on Sept. 14.

You can watch her speech amid the gag below: 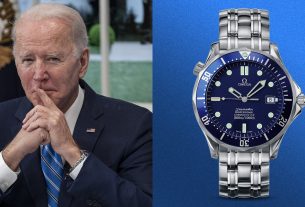