R. Kelly Bookings Still Going Strong … But Only in Deutschland

R. Kelly is still being booked for concerts in the wake of Lifetime’s docuseries — but don’t go looking for him onstage in the U.S. of A. … ’cause, as of now, they’re only lining up for him in Germany.

Kelly is scheduled to perform in Ludwigsburg this coming April. Tickets are currently going for $ 115 and up, as of this post. He’s even offering a meet and greet — yes, even now — which will cost fans about $ 355, if they’re so inclined.

Sources close to Kelly tell us the singer also just locked down shows in Hamburg and Oberhausen. What’s interesting about those dates is … they were sealed in the last few days, AFTER “Surviving R. Kelly” aired.

A rep for the venue in Ludwigsburg tells TMZ … the promoter is fully aware of what’s happening with Kelly in the States, and is monitoring to see how things unfold. The rep says, “You can be assured that we are carefully following the situation and, if necessary, will act accordingly.”

The rep’s clearly referring to the open investigation in Fulton County, GA and any potential criminal cases in Illinois.

Remember, Kelly’s American concerts were getting canceled left and right back in 2017 when BuzzFeed first posted a bombshell report about the alleged sex cult. The airing of ‘Surviving’ has turned up the heat and spiked public outrage against Kelly.

For now, though, #MuteRKelly doesn’t translate well in German. 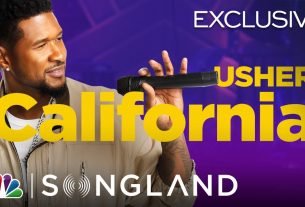 Usher and Tyga Team Up on ‘California’