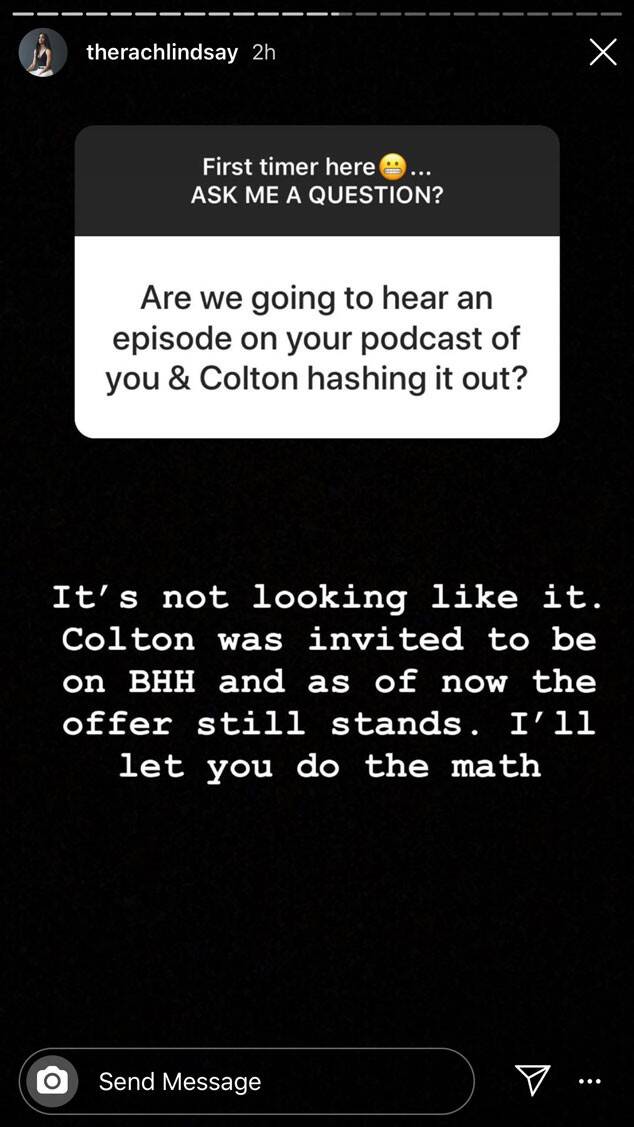 What will it take for these two to make peach with each other once and for all?

As fans may recall, the former Bachelor Colton Underwoodgave his two cents about Rachel Lindsay and Raven Gates‘s feud back in October. After news surfaced that Rachel and Raven were no longer friends, Colton—out of all people—weighed in on why he thought the two might have grown apart.

Consequently, The Bachelorette had something to say to Colton about his petty comments. “I would love for Colton to actually come on the podcast because what I’m not going to do is entertain you in the comments section of somebody else’s post,” Rachel shared on the YouTube series Whit & Ry.

Since then, it looks like the two have yet to talk about what was said. And now, Rachel is addressed whether the two will ever “hash things out.”

On Tuesday, Dec. 3, Rachel took to Instagram to answer questions from her fans and followers.

One fan asked, “Are we going to hear an episode on your podcast of you & Colton hashing it out?” To which Rachel answered: “It’s not looking like it. Colton was invited to be on BHH and as of now the offer still stands. I’ll let you do the math.”

From her answer, it looks like Rachel is open to discussing the drama but also isn’t holding her breath for Colton to ever hit up about being a guest on her podcast, “Bachelor Happy Hour.”

Besides claiming that Rachel doesn’t like anyone, Colton also said: “I’m not weighing in on the Rachel/Raven drama. I could care less about that, not my business. What is my business is the countless number of times she’s spoke poorly of me… including that time she ran her mouth about me to Cassie…Funny thing is I have never met her.”

And back when Rachel responded to Colton’s petty comments, she also said: “What I will do is have a grown ass conversation with you and we can talk about it but what I don’t appreciate are the accusations being made because I believe he said I ran my mouth to Cassie. Well your girl follows me on Instagram so I don’t know what I could have said. He’s making it seem like I said don’t be with him. I would never tell another woman not to be with a man unless I had some type of relationship with her.”

She continued, “I’m so confused as to why he thinks I ran my mouth. It’s so petty to me. As much as I wanted to go at him in the comments section, I just thought you know what? Excuse me. I need to go interview Oprah Winfrey. That was literally my mindset. I don’t have time for this.”

However, Colton was at some point down to hash things out between the two.

In a tweet back in October, the Bachelor wrote to Rachel: “I’ll come on your podcast Rachel. One condition: ask your producer to leave it raw, unedited and untouched. Looking forward to meeting you & pointing out your hypocrisy over the last year.” 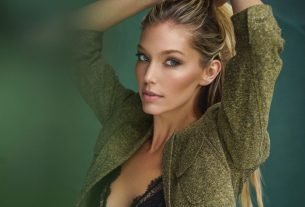 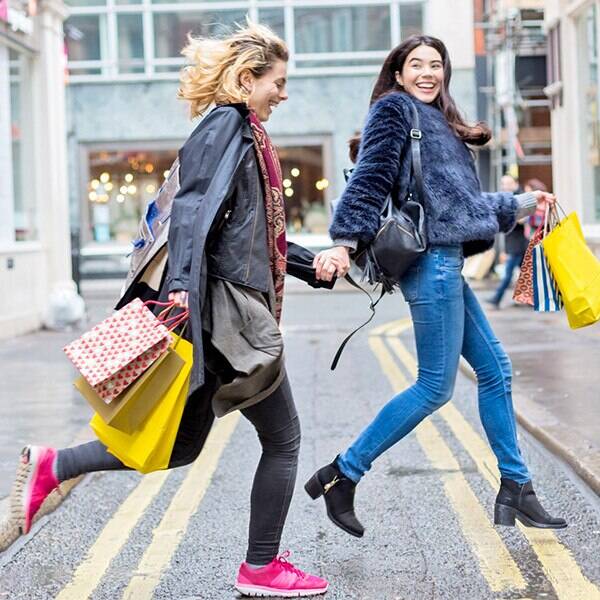